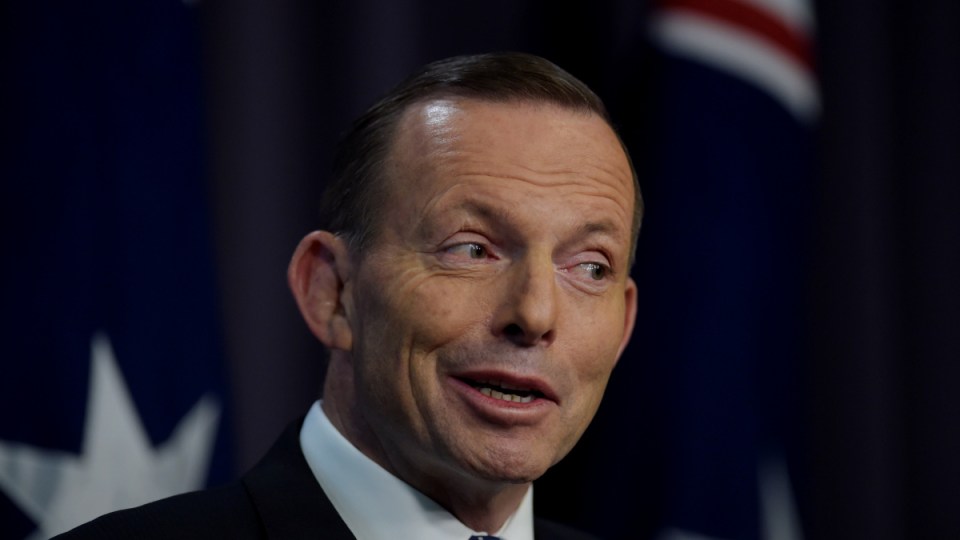 Former prime minister Tony Abbott has arrived in Taiwan where he will address a business forum. Photo: AAP

Former PM Tony Abbott has touched down in Taiwan to make a speech at an international forum as tensions between the self-ruled island and China soar.

Australia has raised concerns with the increased air incursions and urged a peaceful resolution of differences.

China claims democratically ruled Taiwan as its own territory and has vowed to bring under its control, by force if necessary.

Cabinet minister Paul Fletcher said Mr Abbott, who has travelled to Taiwan in a private capacity, had a deep understanding of national security issues from his time as prime minister.

“I certainly consider that if somebody of Tony Abbott’s stature is in Taiwan and engaging with the government of Taiwan, I certainly don’t see any issue with that,” Mr Fletcher told the National Press Club on Wednesday.

“On the contrary, I see that as a constructive contribution that he is making.”

Opposition Leader Anthony Albanese said there was a bipartisan commitment to the One China policy, which meant Australia did not officially recognise Taiwan as a country but maintained economic ties.

“Australia should continue to urge for peaceful actions in our region,” he said.

“We would like to engage in security or intelligence exchanges with other like-minded partners, Australia included, so Taiwan is better prepared to deal with the war situation,” he told the ABC.

Mr Abbott is due to meet Mr Wu and other government figures during the visit.