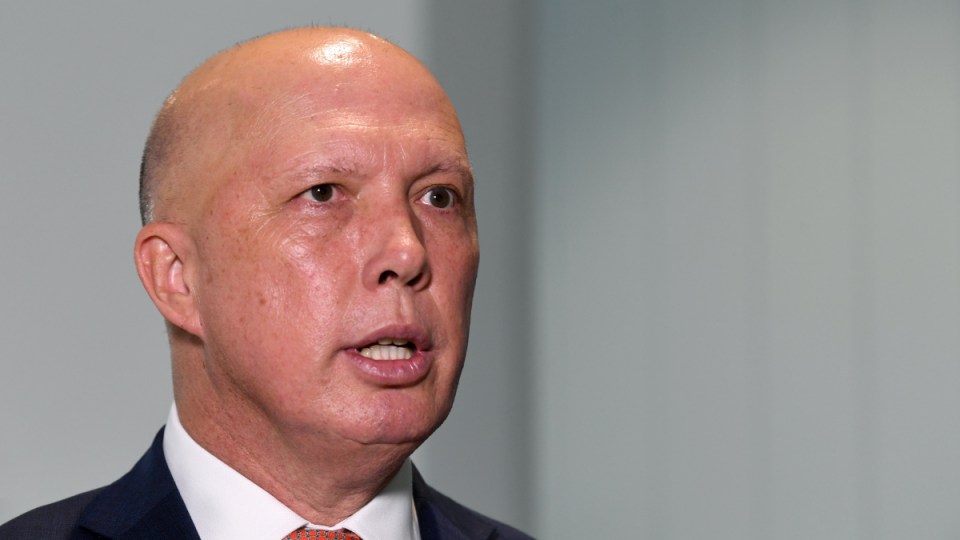 Peter Dutton has given evidence on the first day of his defamation hearing. Photo: AAP

Defence Minister Peter Dutton has told a court he was “deeply offended” by a tweet calling him a “rape apologist” as the insult “went against who I am”.

Mr Dutton spent about half an hour on Wednesday giving evidence on the first day of his Federal Court case against refugee activist Shane Bazzi.

The Queensland MP said the now-deleted tweet from February 25 suggested he condoned and excused rape.

Mr Bazzi said a reasonable reader wouldn’t have interpreted the tweet in that way, given the context.

The tweet linked to a 2019 Guardian Australia article, reporting comments by Mr Dutton that refugees on Nauru were “trying it on” by claiming they had been raped.

“Since Mr Dutton was said to be accusing women of lying about being raped, how could Mr Bazzi’s phrase mean that Mr Dutton was condoning rape or even excusing it,” Mr Bazzi’s lawyer, Richard Potter SC, said.

The tweet came hours after Mr Dutton said at a press conference that he had not been provided with the “she said, he said” details of a rape allegation made by former Coalition staffer Brittany Higgins.

Ms Higgins on Wednesday said on social media that she found Mr Dutton’s evidence that Mr Bazzi’s tweet had offended him “baffling”.

“I’ve been offended plenty,” she wrote on Twitter, in reference to Mr Dutton’s comments on her alleged assault.

“That still affords people … the right to engage in public debate and assert their opinion,” she said.

She described the case as a “shocking indictment on freedom of speech”.

An observer using the account name “Brittany Higgins” watched on as Mr Dutton gave evidence in the virtual trial.

Mr Dutton told the court Mr Bazzi’s tweet went beyond the usual “rough and tumble” of criticism he received in the immigration portfolio.

“It went against who I am, my beliefs,” he said.

Mr Dutton said that as a police officer in Queensland he had investigated sexual assault allegations.

Later, as minister for home affairs, he set up the Australian Centre to Counter Child Exploitation.

The allegation in the tweet “attacked him for something he’s felt he’s done a very great deal to prevent over the years”, Mr Dutton’s lawyer, Nick Ferrett QC, told the court.

Despite regularly being the subject of criticism, Mr Dutton said it was the first time in a 20-year political career he’d sued for defamation.

He rejected the notion his case was about freedom of speech, saying the “rape apologist” label was “clearly defamatory”.

Mr Bazzi denies the tweet is defamatory but if found to have defamed the minister, he pleads defences of honest opinion and fair comment.

Greens Senator Larissa Waters removed a similar tweet published on the same day as Mr Bazzi’s and issued an apology after hearing from Mr Dutton’s lawyers.

Mr Dutton told Sydney’s 2GB radio in March he was “going to start to pick out some [Twitter users] to sue” because many of their statements were defamatory.

“I felt that people were crossing the boundary,” he told the court on Wednesday about the comment.

The lawyers will continue their final submissions on Thursday.