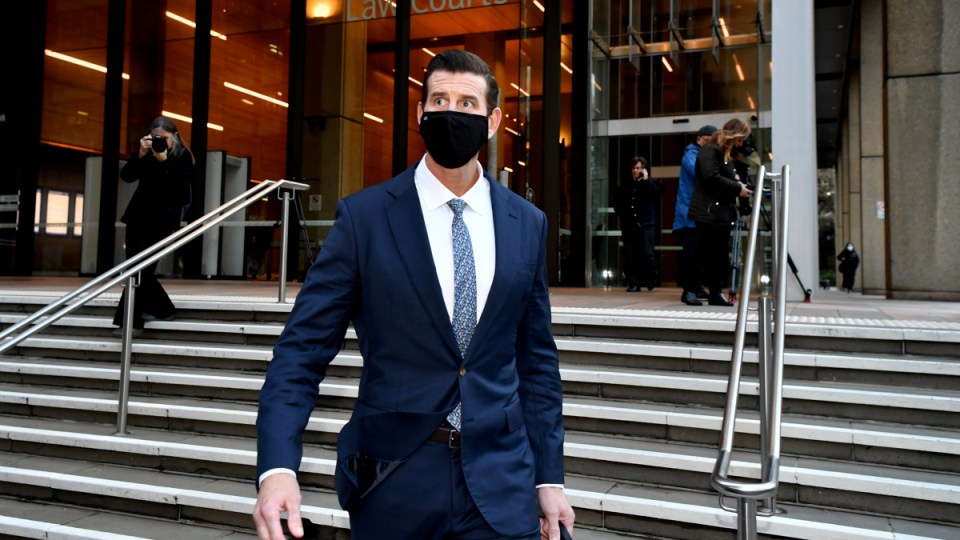 Ben Robert-Smith’s legal team says he continues to be treated as a “human pinata” in the media and has urged the Federal Court to deal with his defamation trial as quickly as possible amid disruptions caused by COVID-19 lockdowns.

The Victoria Cross winner’s lawsuit against three newspapers over allegedly defamatory articles from 2018 has temporarily resumed this week to take evidence from four Afghan witnesses as the security situation in Kabul, Afghanistan, deteriorates.

The temporary resumption comes after the trial was adjourned for four weeks due to Sydney’s COVID-19 outbreak, which has hampered witnesses attending in person.

Mr Moses submitted that the trial should resume no later than the start of November.

“This court’s business cannot be continually adjourned based on inexact issues, this court has shown in other ways that it proceeds with its work,” he said.

“[The] respondents keep publishing articles as late as yesterday making all sorts of assertions against him and it cannot continue, a situation, where he is being used as a human pinata by the respondents.

“There has to be a day of reckoning in terms of the allegations and they have to be established, or proven to be untrue.”

The respondents’ barrister, Nicholas Owens SC, said that if his side was prevented from calling witnesses in November it could be that the media outlets would be denied a fair trial.

“That’s an argument for another time,” he said.

The court heard that the matter would not be relocating from Sydney.

The trial is hearing evidence from Afghan villager Mohammed Hanifa Fatih. He was in Darwan, Uruzgan province, when the SAS raided the area in September 2012.

A key issue at the trial is whether Mr Roberts-Smith kicked Ali Jan off a small cliff during the SAS operation, as claimed by the respondents.

Mr Roberts-Smith argues that Ali Jan was a Taliban spotter and denies all claims against him.