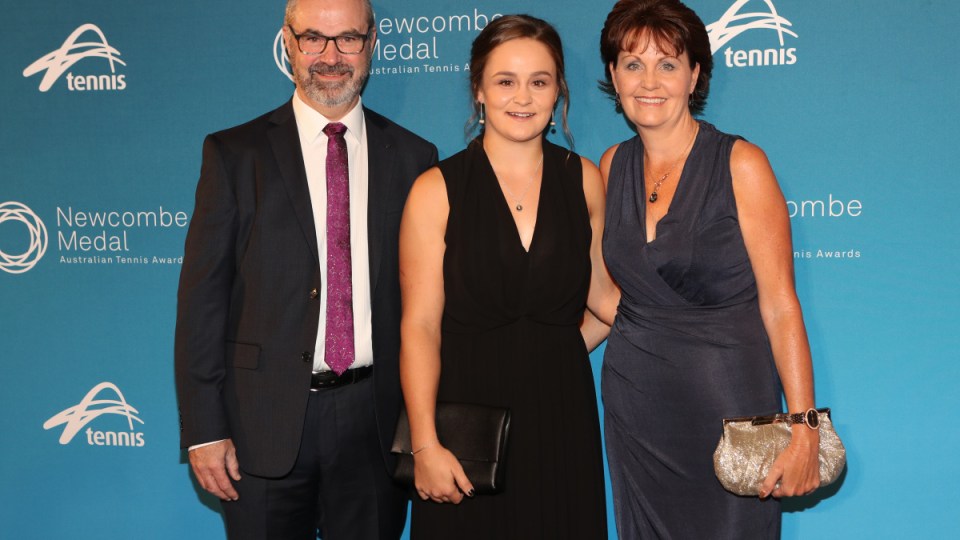 Ash Barty’s overjoyed father has made the startling confession that he didn’t know the precocious talent the family had on their hands until the newly-crowned Wimbledon champion was 15.

Most parents get an inkling – or at least hope – that their children are something special very early on.

But Rob and Josie Barty concede they had no clue their youngest of three daughters would ever become a French Open and Wimbledon champion and world No.1.

“We weren’t tennis players. We were golfers,” Barty’s dad Rob told AAP in the aftermath of her incredible three-set Wimbledon final win over Czech Karolina Pliskova.

“We just thought she was one of these kids that could do everything.

“We had no idea. People used to say how good she was at tennis but we just thought she was a kid having fun.

“Then she goes over and wins (junior) Wimbledon at the age of 15, you don’t usually win the junior slams until you’re 18, your last year, and we sort of thought ‘maybe she is pretty good at this game’.”

Both Barty’s parents were state representatives at golf, with Rob also playing for Australia as an amateur.

Neither felt the need to interrupt in their daughter’s sporting career choices, trusting Barty and her junior coach Jim Joyce to make her own path.

“And we just kept on going the same way we did,” Rob said.

“We just left it up to the pros, her coaches, to do the work and all we worried about was trying to raise a respectful young lady.”

More than “respectful”, Barty has evolved into not only the world’s top-ranked tennis player and world No.1, but now Australia’s first Wimbledon women’s champion in 41 years.

Bur her father is quick to point out there’s no favourites in the Barty household.

“We’re always onto them, all three girls,” he said.

Just as Barty has always treated people equally, her father insisted his top-ranked tennis-playing daughter was no more special in the family’s eyes.

“The two older girls, if there’s ever a family that there’s been an excuse for a sibling to be jealous, it’s ours, because of what we have to do for Ash to get her to be where she is.

“But Sara and Ali are Ash’s biggest fans. They know what Ash has foregone.

“They know the commitment she has had to show and they do everything they can to make sure her life is as normal and enjoyable as it can be.”

Asked by AAP what the Wimbledon champion’s sisters could possibly be jealous about, Rob said: “That they’re home with mum and dad”.

‘We had no idea’: Ash Barty’s ferocious tennis talent took her parents by surprise