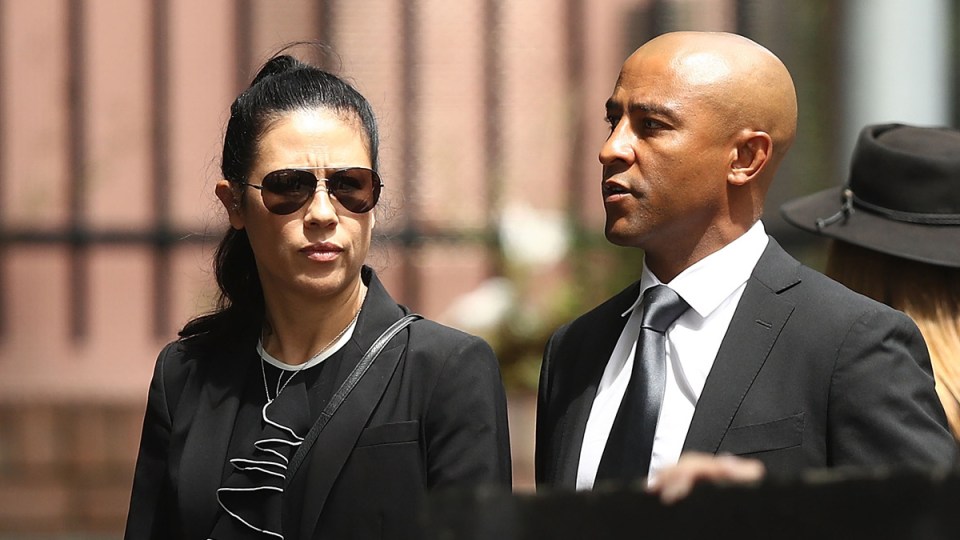 George Gregan, with wife Erica, is at the centre of a court case relating to an $11m sports business. Photo: Getty

Former Wallabies captain George Gregan and a business partner have been accused of “cooking” and withholding documents relevant to their alleged takeover of a sportswear and equipment business.

“It’s part of our case that this was a continuing campaign to get rid of Mr Goldberg,” barrister Robert Stitt QC told the Federal Court on Wednesday.

Mr Goldberg, 41, says his June 2019 sacking from the $300,000-a-year job came a month after confronting Mr Gregan about the former Wallabies captain’s endorsement of a competitor’s product.

He also owns a fifth of the company with his wife Erica, with Mr Dixon and Mr Goldberg each having 40-per-cent stakes.

The three men shared in dividends totalling $1.24 million between 2015 and 2018, court documents suggest.

The 11-year-old business has since posted operating profits totalling $4.4 million in the past three financial years, Mr Goldberg claims in court papers.

On Wednesday, Mr Gregan and Mr Dixon were accused of not properly providing copies of relevant communications ahead of a nine-day trial kicking off on June 15.

“These documents are being – to lapse into the vernacular – cooked,” he said.

But Gregan and Mr Dixon’s lawyer said several redactions were made on the basis it was considered irrelevant or subject to claims of legal privilege.

“Regarding Mr Gregan, I’m not sure and I’d like to get instructions,” he said.

Justice John Halley noted an “enormous quantity of texts” peripheral to the case had been produced and the applicants already had “an embarrassment of riches” before them.

Mr Stitt alleges the communications confirm Mr Gregan and Mr Dixon’s “concerted and orchestrated campaign” to remove the Bondi Beach man from the company at no cost to them.

He told an earlier hearing Mr Gregan texted Mr Dixon “he’s in for a rude shock” in November 2018.

The reading of the “salacious extracts” drew a censure from Justice Halley for potential prejudice.

Mr Stitt has also openly accused a lawyer of conspiring in the takeover, alleging neither Mr Gregan nor Mr Dixon was “commercially sophisticated”.

“Neither … had the commercial nous to run the sort of campaign that was run,” Mr Stitt said in May.

But Mr Newlinds fired back, saying the claims of conspiracy weren’t part of the pleaded case and were being floated under privilege.

“They keep saying things that aren’t part of their case,” he complained to the court in May.

Another court skirmish is tentatively set down for June 10, ahead of the trial.

It’s a second business headache for the Gregans after the Mosman couple placed their coffee shop empire into voluntary administration in March.