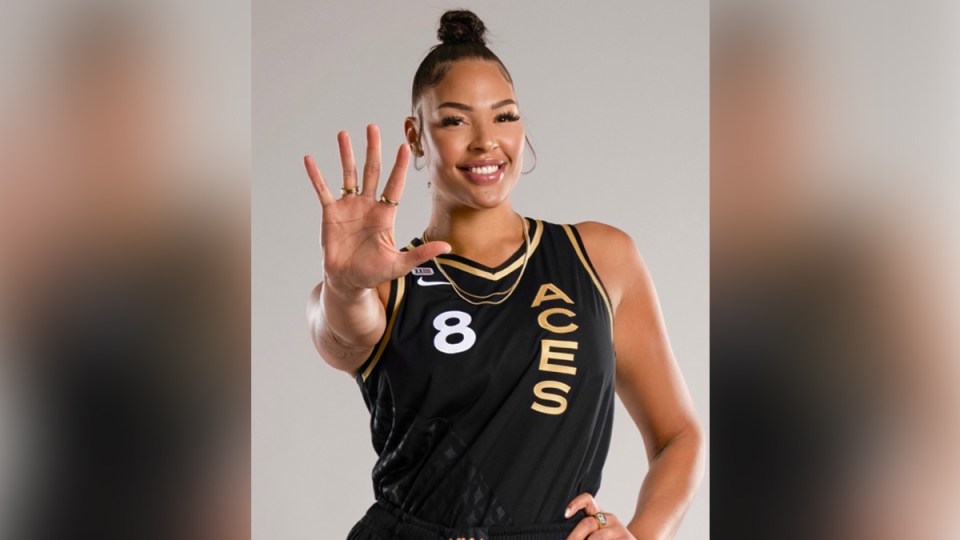 Cambage said she was 206 centimetres tall and was proud of her weight.

Australian basketball star Liz Cambage has fired back at a WNBA coach who made a disparaging remark to a referee about her weight.

Connecticut Sun head coach Curt Miller later apologised for a comment he made about Las Vegas Aces centre Cambage – but that was not enough to prevent him being fined $10,000 ($A12,900) by the WNBA and suspended for one game.

Cambage, a three-time WNBA All-Star, took to Instagram after the Sun’s 72-65 win over the Aces on Sunday night to post a series of videos about what happened during the game.

She directed part of her remarks toward Miller.

“To the coach of Connecticut, I’m sorry little sir man I do not know your name, but the next time you try to call out a referee trying to get a call being like, ‘Come on, she 300 pounds,’ I’m going to need you to get it right, baby, because I’m 6-8 (206 centimetres), I’m weighing, I just double checked because I love to be correct and give facts, I’m weighing 235 pounds (106 kilograms) and I’m really, very proud of being a big b—-, a big buddy, big Benz baby,” Cambage said.

“So, don’t ever try to disrespect me or another woman in the league.”

Miller did not refute the comments made by the 29-year-old Cambage.

“During last night’s game, while arguing a call with an official, I made an inappropriate and offensive comment in reference to Liz Cambage’s height and weight,” Miller said in a statement.

“I regret what I said in the heat of the moment and want to sincerely apologise to Liz and the entire Aces organisation.

“I understand the gravity of my words and have learned from this.”

Miller said he had spoken to Cambage’s agent and the Aces’ general manager, while speaking of his disappointment later on Tuesday at a media session.

“As a leader, words matter. It was inappropriate,” he said. “In a league where we empower women, and I’ve spent 31 years empowering women, [those words were] just not acceptable.”

Cambage said she had no problem with trash talk between players on the court but called Miller’s comments “protected abuse because we can’t do nothing back.

“There’s a big difference between players talking s— on the court,” she said.

“For a coach on another team to be yelling like protected abuse, because we can’t do nothing back, it’s just crazy to me.”

She is in her fifth season in the WNBA, having taken some seasons off to play abroad.