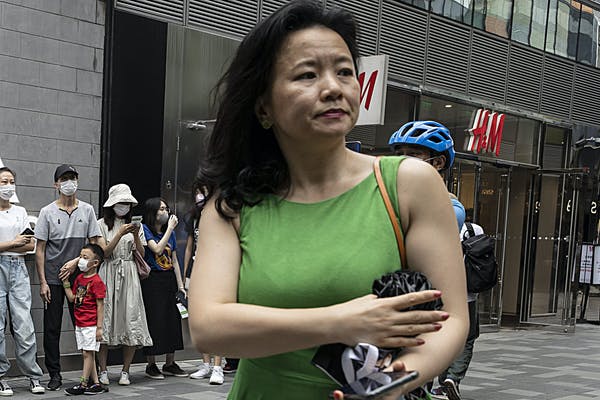 Cheng Lei has been held by Chinese authorities since August 2020. Photo: AAP

She has been detained since August 2020.

The Australian government had raised its serious concerns about Ms Cheng’s detention regularly at senior levels, including about her welfare and conditions of detention, Foreign Minister Marise Payne said on Monday.

“We expect basic standards of justice, procedural fairness and humane treatment to be met, in accordance with international norms,” she said.

Australian embassy officials have visited Ms Cheng six times since her detention, most recently on January 27.

“Our thoughts are with Ms Cheng and her family during this difficult period,” Senator Payne said.

Cheng was born in China and studied commerce at the University of Queensland before working for Cadbury Schweppes and ExxonMobil in Australia.

Until her detention, she was a high-profile television anchor for the Chinese government’s English news channel, CGTN. She has worked for the network for eight years and was trusted to present coverage of some of China’s most politically sensitive events, including the annual political congress.

Cheng has two young children, who are with family in Melbourne.