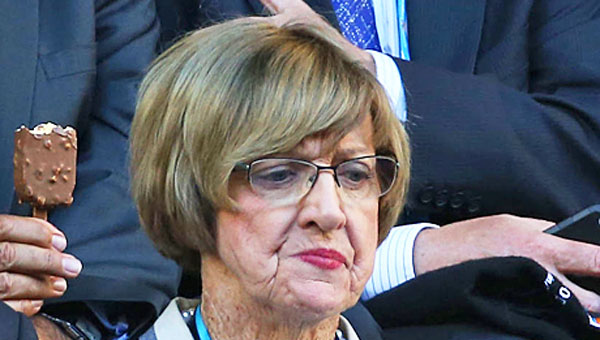 The fallout from Margaret Court’s controversial Australia Day honour has continued, with a Canberra doctor handing back her own award in protest.

Court’s appointment as Companion of the Order of Australia (AC) in this year’s Australia Day Honours List leaked on Friday before the official unveiling.

The 78-year-old Pentecostal minister has come under fire in recent years for her public disparaging of same-sex relationships and transgender people.

Dr Soo received an Order of Australia Medal in 2016 for her work as a medical practitioner with the LGBTQ community and people with HIV.

A statement issued by Just Equal on Saturday identified her as one of the first GPs to undergo gender transition in Australia.

“I have spent a significant amount of my working life working with and advocating for disadvantaged communities in Australia,” Dr Soo said in the statement.

“I may also add that I have spent most of my adult life as a gay man before my gender transition to a woman in 2018.

“I therefore have both professional experience as well as lived experience of the communities that Mrs Margaret Court makes these derogatory and hurtful remarks about.”

Just Equal spokesperson Ivan Hinton-Teoh urged the Council of the Order of Australia to reconsider its decision.

He said there would be “many distinguished Australians” reconsidering their association with the awards system in light of the honour.

In an interview with AAP this week, Court – the winner of an unparalleled 24 grand slam singles titles – described the honour as a great privilege.

“All my life I’ve had those views and I was just saying what the Bible says,” she said.

“I should always be able to say my views biblically, being a pastor and helping people with marriages and family. And I’ll never change those views.

“I have nothing against people – I love the people. We have them come into our community services, all kinds – whether they’re gay, transgender, whatever they are.

“We never turn a person away and I think it’s been tried to be made out that I’m somebody that I’m not really. And I think that is very sad.”

Prime Minister Scott Morrison has denied any involvement in Ms Court’s award, saying the compilation of the Honours List was an independent process.

Federal Labor has questioned why Court was given the top honour when she had already been recognised for her sporting prowess with an Order of Australia Medal.