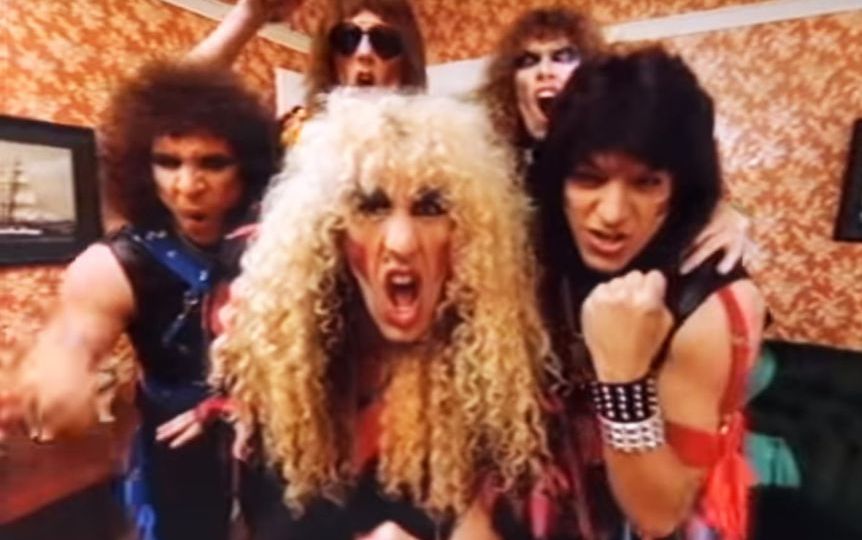 US glam rock band Twisted Sister in the video to their song We're Not Gonna Take It. Photo: ABC/www.twistedsister.com

Universal Music is suing the businessman and former politician over his rewritten version of the song, which was used in saturation political advertising for his United Australia Party in 2019.

Appearing via video link from the US, Snider was cross-examined in the Federal Court on Tuesday about whether the publicity of the legal stoush might help sell tickets for his Australian tour.

“I have every reason to think that isn’t the case,” Snider said.

“Because the rendition was awful, the message was misrepresented, and Mr Palmer’s image is not good for my heavy metal image either.

“There is nothing to be gained from my association.”

The court was shown excerpts of Snider’s memoir, published in 2012, in which he recalled a conversation with his guitarist Al Pitrelli about subconscious song plagiarism.

When Pitrelli pointed out We’re Not Gonna Take It was essentially a version of the Christmas carol O Come, All Ye Faithful, Snider wrote that he was “dumbfounded”.

In the book, he said he sang the carol “hundreds of times” in a church choir until the age of 19 and its first six notes must have “infiltrated my psyche”.

But during his evidence, Snider was careful to point out it was an “inspiration” rather than “duplication”.

“I believe we are like computers and we can only put out what we’ve downloaded into us,” he told the court.

“I believe all the music I’ve listened to is imprinted in my brain and I’m regurgitating, for lack of a better word, all this information in different combinations, hopefully creating original material.”

The court was shown a video of Snider performing a mashup of the two songs, and also heard that a version featured on a Christmas album the band once produced.

Snider insisted it was “very difficult” to get the two tunes to work together.

Mr Palmer’s legal team argues the Twisted Sister track lacks originality due to its “substantial similarities” with the carol.

He has also questioned whether a “substantial part” of the Twisted Sister song was reproduced in his rendition and invoked a parody defence under the Copyright Act.

Mr Palmer’s version of the song included “material changes” to the words, according to his case.

The court has been told Mr Palmer did initially request a licence for the use of the track but abandoned negotiations because he did not approve of the fee.

The hearing, before Justice Anna Katzmann, is expected to run all week.