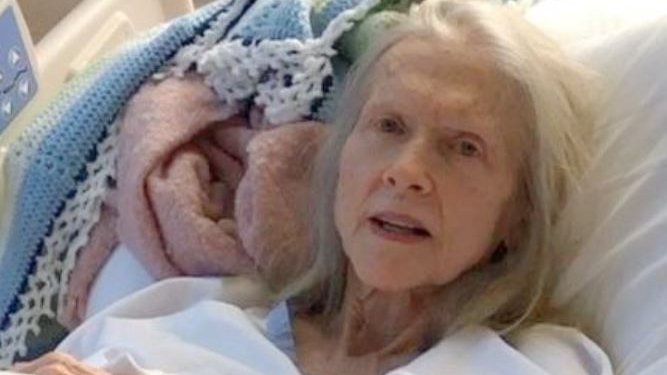 The woman's identity has been a mystery since September 6. Photo: Queensland Police

The elderly woman mysteriously left alone outside a Queensland hospital in September has “clearly indicated she is aware of her identity” but is refusing to reveal who she is, police say.

In a “final update” released on Sunday night, police said they were no longer investigating the incident because there was no evidence of a crime having been committed.

“For this reason, police are requesting the public and the media respect the woman’s privacy, as per her request,” the police statement read.

“As no criminality has been detected, police have ceased involvement in this matter and the woman will be left in the care of Queensland Health.”

The woman was dropped off at Nambour Hospital on September 6, sparking a national call from police for relatives or friends to come forward.

They were also calling to speak to the man caught on CCTV footage leaving her outside the hospital’s doors.

Police later confirmed they had spoken to the man, who they believe dropped the woman off after finding her disoriented and distressed in the hinterland town of Mooloolah.

Shortly after her arrival at Nambour Hospital, the woman was moved to the Sunshine Coast University Hospital.

The hospital would usually begin organising guardianship arrangements so another party can make decisions for the patient.

That involves an application to the Queensland Civil and Administrative Tribunal that puts control of a patient’s life into the hands of either a carer or the Office of the Public Guardian.

The Public Guardian would then handle decisions on accommodation, healthcare, and financial matters for the patient.

Public Advocate of Queensland Mary Burgess told the ABC last week it was a “very unusual case” and that she would take an active interest in the matter.

Ms Burgess has the authority under the Guardianship and Administration Act to work through the protocols designed to protect the vulnerable.

She said the process could move more swiftly, but in this instance, authorities were likely hoping a family member or friend would come forward.

Throughout the ordeal, the woman has been unable or unwilling to identify herself to carers and investigators.

What will happen next is unclear.

The ABC has contacted the Office of the Public Guardian, Queensland Health and the police for comment.

Investigators released updated photos of the woman as she recovered, as well as an image of an ornate ring.

But in Mooloolah, which is home to 4000 people, there was confusion that no one in the town seemed to know her.

Almost three weeks after the case became public, Mooloolah IGA manager Diana Van Jole told the ABC it was a mystery to the town.

She said after 15 years working in the town’s only supermarket, she would recognise the woman if she had come into the store.

“Older people I talk to in the town, they don’t know her either.”