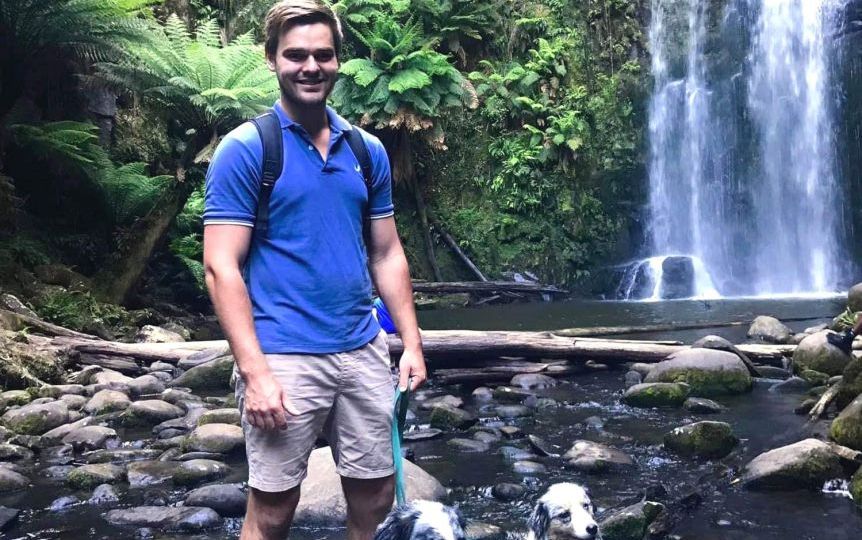 Queensland vet Lukas Orda is one of 40 people missing at sea. Photo: Facebook

The parents of an Australian man, missing after a live export ship capsized off the coast of Japan, have begged for the search to be resumed.

Queensland veterinarian, Lukas Orda, and NSW man, Will Mainprize, were among 40 people on board the Gulf Livestock 1 who have not been found.

The ship sank off the Japanese coast after being hit by two typhoons.

On Wednesday Japan’s Coast Guard scaled back its search for survivors, more than a week after the ship sent out a distress call.

“We are speaking with our hearts in our hands,” Dr Orda said.

“We beg you not to stop looking for Lukas and the other people missing at sea.

“We implore you not to give up on the chance of there being survivors.”

Dr Orda said one of the survivors who had been found was swept off the bridge of the ship by large waves.

“We were devastated to hear that the search for all missing loved ones was halted,” Dr Orda said.

“Before the accident happened everyone was wearing life vests.

“The captain called everyone to go to the bridge to enter the life boats.

“We extend our plea to all Australians: please help us so the government will recommence and extend its search to bring them home.”

Dr Orda fought back tears and hugged his wife Sabine.

He said his plea was on behalf of the entire family, including Lukas Orda’s wife and his six-month-old daughter.

An emotional Katter’s Australian Party MP, Robbie Katter, said it was possible the 40 missing crew members could have survived.

“There’s four lifeboats still unaccounted for and people can live for up to 30 days on a lifeboat,” Mr Katter said.

“As of the day before yesterday, the search was scaled back to a routine patrol, which really means there is no search,” Mr Katter said.

“These people could have moved 1000 kilometres from this spot, so if anyone was going to have any hope, you’d have to expand the dimensions of that search.

“It’s quite likely that there could be some boats and people on board those boats – floating and waiting for someone to come and help them.”

Mr Katter compared the search to the international efforts to find the missing Malaysia Airlines plane MH370, which is believed to have plummeted into the Indian Ocean in 2014.

“It was a search that continued for people they knew were deceased … [yet] they extended that search up to two years,” Mr Katter said.

“We feel we owe it to these people to keep searching for them, if they are out there waiting for us to find them.”