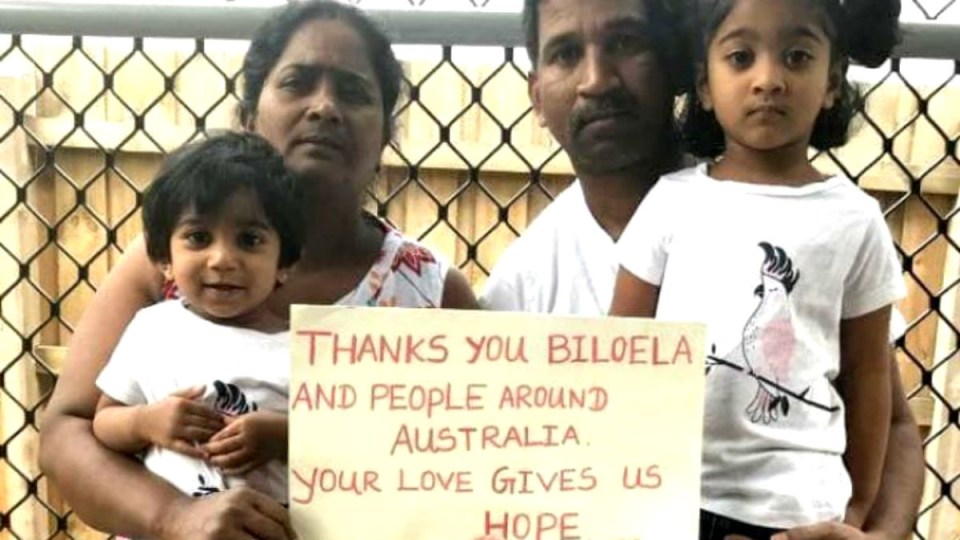 The family have been held on Christmas Island for nearly three years. Photo: Getty

Peter Dutton has launched another verbal attack on a Tamil family facing deportation to Sri Lanka.

The family of four including two young children, who previously lived in the rural Queensland town of Biloela, have been detained on Christmas Island for almost a year as they fight the deportation.

Mother Priya Murugappan was flown to Perth at the weekend after suffering weeks of severe abdominal pain and vomiting.

She is being treated at Fiona Stanley Hospital, while her husband Nades and their young Australian-born daughters Kopika and Tharunicaa, remain in detention on Christmas Island.

On Thursday, the Home Affairs Minister bemoaned the fact the federal government had provided the charter flight and claimed Ms Murugappan’s tests revealed no medical issues.

“I wish her every good health and a speedy return back to Sri Lanka,” Mr Dutton told 2GB radio on Thursday.

“But this is a situation that is of their own making – it is ridiculous, it is unfair on their children – and it sends a very bad message to other people who think they can rort the system as well.”

Family friend Angela Fredericks said earlier that Ms Murugappan was flown to Perth only after a doctor at the Christmas Island hospital refused to discharge her back into detention.

“These people have been found all the way to the High Court not to have a claim for protection,” he said.

“They are not refugees and they have used every trick in the book to make sure they can stay.”

The family has been locked in a marathon legal battle with the Australian government and is awaiting another court date.

A Federal Court judge ruled in April their deportation must remain on hold after determining the youngest daughter, who was born in Australia, was denied procedural fairness in her bid to apply for protection.

“I want them to get on with their lives back in Sri Lanka, and we are determined to make sure that is the case.”