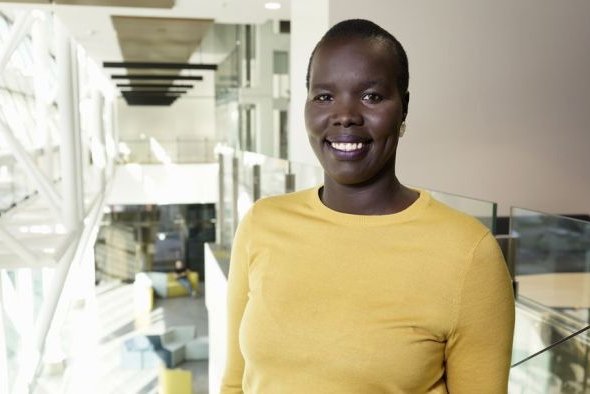 South Australian police have apologised for an officer’s “offensive and disgusting” racist remarks made to a Sudanese-Australian woman on social media.

Commissioner Grant Stevens said there were no excuses for the officer’s behaviour, and they had been taken off operational duties while police investigate.

However, he said it was a single event and hoped others from minority communities based their opinions on police from their personal interactions and not what they see in the media.

“The comments were offensive and disgusting,” he said.

“I would not like any one incident to flavour anyone’s opinions on the nature of the organisation we are … It would be unfair.”

The officer sent Facebook messages to Nyadol Nyuon, a lawyer and human rights advocate based in Melbourne, following her appearance as a guest on ABC’s Q&A program on Monday.

“He’s responsible for his own actions. Stop blaming white man and pulling the race card you ignorant c—.”

A SA Police spokesman confirmed the person was a sworn officer and apologised for the offence caused by the comments.

“SAPOL has been providing ongoing support to the employee for a number of personal issues,” the statement said.

“There is no tolerance for racism or any behaviour that negatively impacts any section of the community.

“When we receive allegations of such behaviour they are taken seriously and investigated, with those responsible held to account for their behaviour.

“The comments and views on this personal Facebook account are abhorrent and in no way representative of the values of South Australia Police.”

The ABC reports that an assistant SA Police commissioner called Ms Nyuon to personally apologise and to inform her that the matter was being investigated.

The officer involved also sent another message to Ms Nyuon.

It read: “My differences of belief don’t excuse my hatred. I snapped. Please accept my apology for the way I acted.”

Ms Nyuon, who grew up in a Kenyan refugee camp and moved to Melbourne in her teens, said she appreciated the apologies and would not take the matter any further. However, she said she regularly received racist messages after appearing on television.

“Every time I do media I have to put aside hours to deal with the abuse. I feel sorry for some of these people,” she said.

“I think I will be taking some time off.”

It is the second incident this week in which SA Police have gained public attention after a video showed officers pinning down an Aboriginal man, 28-year-old Noel Henry, then hitting him numerous times during an arrest in Kilburn, in Adelaide’s inner-north.

The force is holding an inquiry into that incident, with the officers involved on administrative duties.

Following the incident with Mr Henry, Commissioner Stevens rejected suggestions of systemic racism in the South Australian force and said in any organisation of 6000 people there would be “divergent views”.

But he said the vast majority of its officers acted in accordance with regulations and the law.

Officer sorry for ‘offensive and disgusting’ messages to Sudanese-Australian lawyer