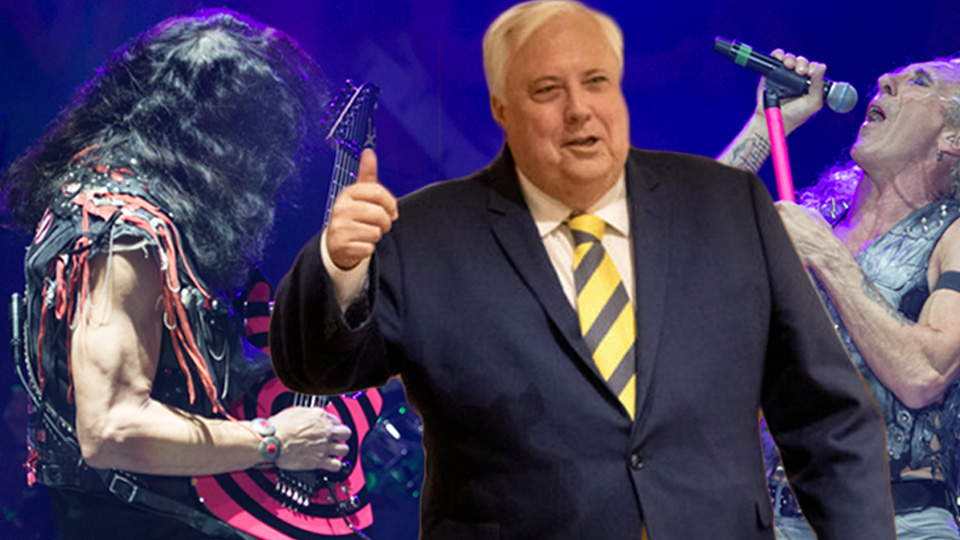 Clive Palmer claimed the lyrics to his ads were his own, despite earlier requests to use the song. Photos: Getty

Businessman-turned-politician Clive Palmer allegedly breached the copyright of a famous metal song in political advertising after he requested a licence and “didn’t like the price”, the Federal Court of Australia has heard.

Mr Palmer used a re-written version of the Twisted Sister track We’re Not Gonna Take It in his party’s television and online advertising in January.

Universal Music launched an intellectual property case alleging the hair-metal band’s copyright had been breached and is seeking royalties.

On Wednesday, the Federal Court of Australia in Sydney heard that mediation in October had “substantively failed”.

“The reason the add damages case arises is the evidence Mr Palmer requested a licence from our client,” he said.

“He knew that he needed one. He didn’t like the price, is our case, and so he went ahead.”

Both parties will seek the opinions of expert musicologists to answer the question of whether the musical and literary elements of each track overlap.

The court heard Mr Palmer will partially rely on a defence of fair dealing for the purposes of parody or satire.

Mr Flynn said there was also a suggestion in the evidence that the original track was a copy of the Christmas carol Oh Come All Ye Faithful.

The band’s frontman Dee Snider will be a key witness if a trial goes ahead next year. However, the court heard there is disagreement about whether this should be allowed to happen over video link.

Mr Flynn said Universal has difficulty with Snider’s availability because he is directing a film in the US next year.

Mr Palmer initially dismissed the band’s complaints and said he owned the copyright to his own lyrics.

Snider immediately distanced the group from Mr Palmer’s party when he was alerted to the advertisements.

The court ordered the parties to file an agreed statement of facts by the end of February and listed the trial for October 2020.