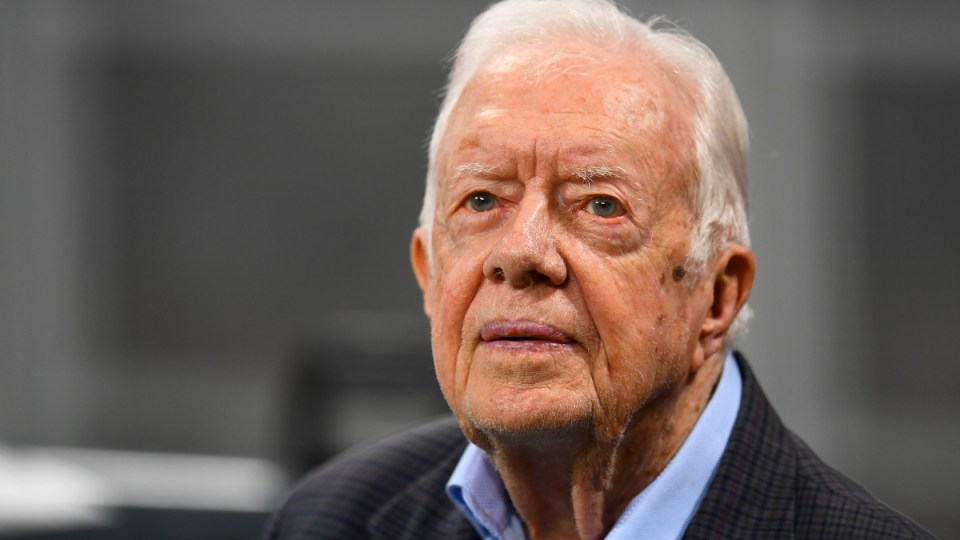 Former US president Jimmy Carter will have surgery to relieve pressure on his brain. Photo: Getty

Former US president Jimmy Carter has been admitted to an Atlanta hospital for a procedure to relieve pressure on his brain, caused by bleeding due to his recent falls.

A spokeswoman said the procedure was scheduled for Tuesday morning (local time) at Emory University Hospital.

Mr Carter, 95, is said to be resting comfortably. His wife, Rosalynn, is with him.

Mr Carter has had at least three falls this year. He broke his hip in May while leaving his home in Georgia to go turkey hunting and then, some months later, needed stitches above his eyebrow after another fall at home.

Three weeks ago – in late October – he fractured his pelvis following a third fall.

PRESIDENT CARTER ADMITTED TO EMORY UNIVERSITY HOSPITAL – Former U.S. President Jimmy Carter was admitted to Emory University Hospital this evening for a procedure to relieve pressure on his brain, caused by bleeding due to his recent falls. https://t.co/aZPes6NufN

Mr Carter also survived a 2015 cancer scare after revealing he had melanoma that had spread to his liver and brain. The former president had seven months of treatment until scans showed no sign of the disease.

“I’ve had a wonderful life,” he said at the time.

“I’ve had thousands of friends, I’ve had an exciting, adventurous and gratifying existence.”

Mr Carter, who was US president from 1977-1981, became the country’s longest-living ex-president earlier this year, after he exceeded the lifespan of George HW Bush. Mr Bush died in 2018 at the age of 94 years, 171 days.

Since leaving office, Mr Carter has become a noted humanitarian. He won the Nobel Peace Prize in 2002 for his “decades of untiring effort to find peaceful solutions to international conflicts, to advance democracy and human rights, and to promote economic and social development”.