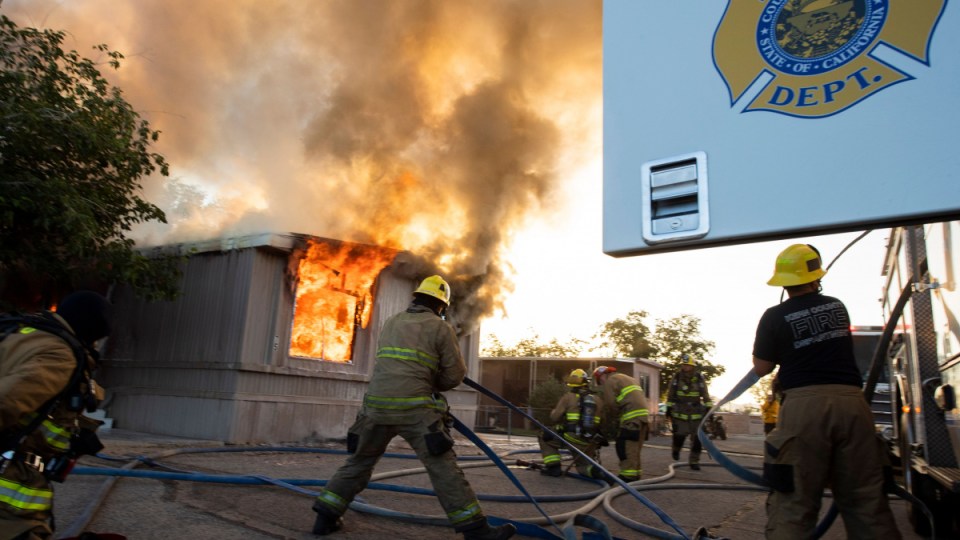 The five people died in a mobile home fire near Chicago in April. Photo: Getty

A nine-year-old child accused of causing a mobile home fire that killed three children and two adults in central Illinois has been charged with five counts of first-degree murder.

The child has also been charged with two counts of arson and one count of aggravated arson, the local Journal Star newspaper reported.

The April 6 fire killed a one-year-old, two two-year-olds, a 34-year-old man and a 69-year-old woman at the Timberline Mobile Home Park near the village of Goodfield, about 240 kilometres south-west of Chicago.

There were two survivors – Katrina Alwood, who was 27 at the time, and her young son.

Katrina Alwood and Jason Wall, who were engaged, were parents of Ariel and Daemeon. Rose Alwood was a niece. Ms Murray was Katrina Alwood’s grandmother.

Woodford County State’s Attorney Greg Minger would not reveal other details about the young suspect, including their name or if there was any relationship to the victims.

Mr Minger said he scoured multiple reports on the fire before going ahead with prosecution. Woodford County Coroner Tim Ruestman said the fire was started intentionally.

“It was a heavy decision,” Mr Minger said.

“It’s a tragedy, but at the end of the day, it’s charging a very young person with one of the most serious crimes we have. But I just think it needs to be done at this point, for finality.”

Prosecutors will have a major challenge trying to prove the child formed an intent to kill in advance – which is required in first-degree murder cases – said Gus Kostopoulos, a former prosecutor-turned-juvenile defence lawyer in Chicago.

“I don’t know if nine-year-olds can form intent to commit murder.”

A leading Illinois advocate for children ensnared in the criminal justice system sharply criticised the decision to charge such a young child with murder.

“The charges are completely out of line, given everything we have learned … especially about the brain development of children,” said Betsy Clark, the president of Juvenile Justice Initiative, based in Evanston, Illinois.

Ms Clark was in New York on Tuesday to attend the official release of a United Nations report on the prosecution of children. It recommends that children under 14 should never be prosecuted – no matter the crime.

She said 14 was the minimum age of criminal responsibility in many countries, including Germany.

Mr Minger said the children could be placed on probation for at least five years, if convicted, but not beyond the age of 21. Therapy and counselling would also be likely.