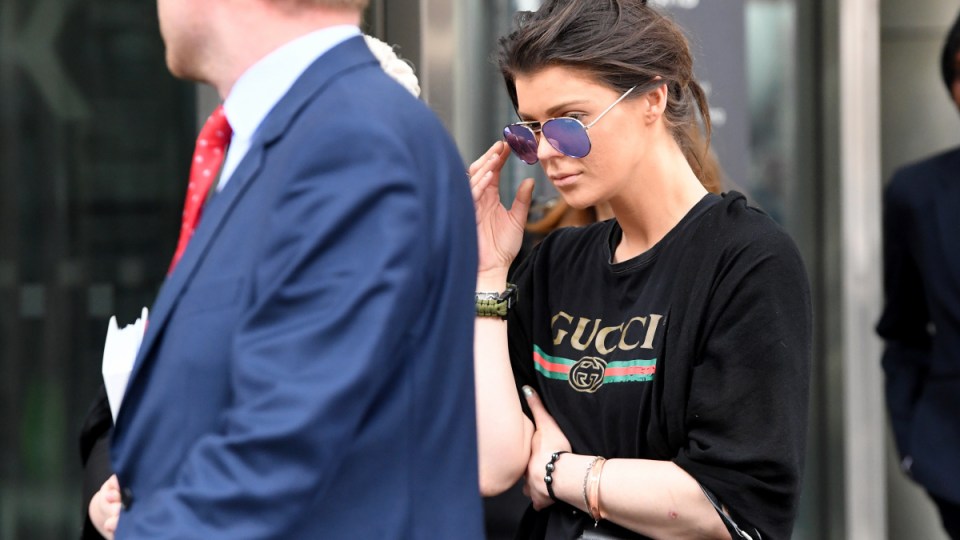 A Lithuanian model branded a ‘princess’ for her courtroom antics has avoided jail despite admitting to drug possession.

Police found an “Aladdin’s cave” of drugs at the Docklands apartment the 27-year-old shared with her then-boyfriend Cemre Volkan in 2017.

“In my view you came to Australia as a student with the best of intentions,” Judge Christopher Ryan said in his sentencing remarks on Monday.

“However, you became romantically entangled with your co-offender who introduced you to GHB and your life went downhill from there to the point where you are now homeless, impecunious … save for the support of your parents.”

At the model’s pre-sentence hearings last week, the judge blasted her for looking bored.

“It does your cause no good to sit and stare at the ceiling as if this is all too boring because you just might find yourself bored at Dame Phyllis Frost prison for women,” he said at the time.

The judge also described her as “a bit of a princess” for her behaviour.

The court has heard Ragaisyte came to Australia from Lithuania on a student visa in 2013. Three years later, she started dating Volkan, who was known as Red Ra in bodybuilding circles.

The model was also nabbed with meth she forgot was in her Chanel handbag while visiting her bodybuilder-turned-drug trafficker boyfriend in jail months after the raid on their apartment.

She was charged with the offences more than a year later. However, the matter was dealt with administratively.

The judge believed the model’s offending should be seen in the light of her “vulnerability and dependency” on Volkan.

“Ultimately the last two-and-half years since the imprisonment of your co-offender … have rendered you a vulnerable young woman who is socially isolated in Australia,” he said.

Ragaisyte pleaded guilty to two charges of possessing a drug of dependence and prosecutors argued for a “short, sharp sentence” of imprisonment.

Instead, the model was convicted and ordered to be of good behaviour for two years.

The judge warned Ragaisyte if she committed a criminal offence she would be back before for him.

“Once again your liberty will be at risk … I advise you not to come back to me,” Judge Ryan said.