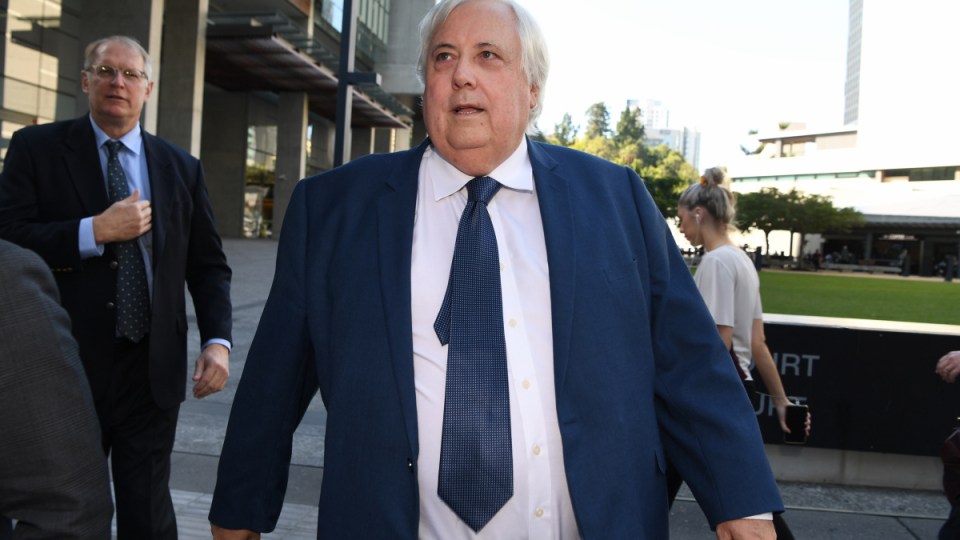 Mr Palmer was in court for the Queensland Nickel trial in July. Photo: AAP

Another Clive Palmer deal over the Queensland Nickel collapse is being finalised, with lawyers at the $200 million liquidation trial requesting a two-day adjournment to iron out the details.

The self-represented billionaire businessman was again absent on Monday from the Brisbane Supreme Court, where liquidators’ claims against him are being heard following the Townsville refinery’s demise.

It was left up to a top lawyer for the liquidators, Shane Doyle, to advise the court that Mr Palmer and his co-defendants had reached a “conditional agreement” with liquidators.

“[This] may substantially reduce the issues to be tried,” he said.

Mr Doyle asked Justice Debra Mullins to stand the trial down until Thursday so the liquidators could make an application to the Federal Court related to the deal.

No details about the agreement have been released.

Mr Palmer made his first concession during the trial on Thursday, agreeing to pay $18 million to settle an $88 million claim for unpaid Aurizon rail transport fees, the largest creditor claim against him.

He had previously said he has “a moral responsibility” to fight liquidators.

Despite the progress being made resolving the three-year stand-off, Mr Palmer has been absent from the court for most of the trial.

The last time he attended was on Tuesday when he told Justice Mullins he needed to take a day off to brief an expert witness, who is expected to testify that QN wasn’t trading insolvently in the months before Mr Palmer’s team called in administrators.

The court has previously heard that as the refinery hurtled towards collapse in late 2015, the ailing company was $25 million in the red and losing $5 million more each month with creditors circling.

The refinery’s debt-riddled predicament came to a head in January 2016 when Aurizon rejected the Palmer team’s payment plan for their rail transport debts and threatened to suspend its services.