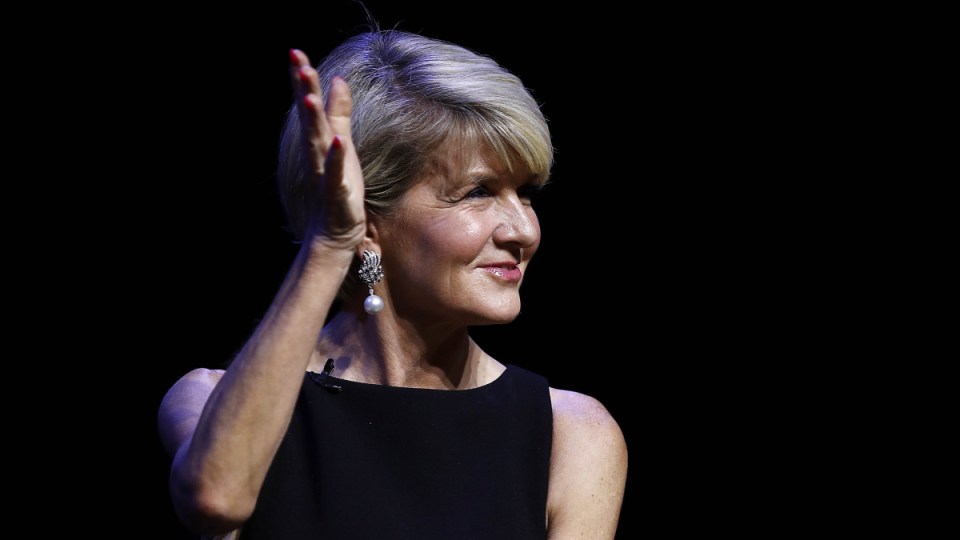 Julie Bishop's new job has prompted warnings she might be in breach of the ministerial code of conduct. Photo: Getty

Former foreign minister Julie Bishop has a new job – and no, it’s not a TV show. At least, not yet.

The former deputy Liberal leader has been appointed to the board of international consultancy firm Palladium.

The non-executive position is the West Australian’s first job in the private sector since she bowed out of politics at the federal election, after more than 20 years.

It comes amid reports in News Corp and the Nine newspapers that Ms Bishop is part of a pitch for a big-budget talk show to TV networks that promises interviews with the rich and famous in some of the world’s most exclusive locations.

The show is being pitched by production company Screentime, which is behind shows such as Anh’s Brush with Fame, Wife Swap and Wolf Creek.

In a tweet on Monday responding to reports of the possible TV show, Screentime producer Andrew Garrick said the company had approached Ms Bishop about the project, but “she wasn’t on board yet”.

Opposition foreign affairs spokeswoman Penny Wong said Ms Bishop had been appointed because of her global network of contacts.

“Not only doesn’t it pass the pub test, it looks on the face of it like another breach of the ministerial standards,” Senator Wong told ABC News on Tuesday.

She said Palladium had profited more than $500 million from decisions made when Ms Bishop was foreign minister.

The opposition believes both ex-cabinet ministers might have breached the ministerial code of conduct because they are using information not available to the public.

“It isn’t sufficient for either Christopher Pyne or Ms Bishop to say, ‘I think I am complying’ and that to be the end of the matter,” Senator Wong said.

“This is a test of the Prime Minister’s integrity.”

Earlier, Ms Bishop said joining Palladium would continue her long-standing interest in economic development in the Pacific and beyond.

“Palladium has a focus on private sector engagement to deliver effective, sustainable development and even invests its own money into projects,” she said.

Palladium chief executive Kim Bredhauer said Ms Bishop had much in common with the company.

“We are both committed to inclusive growth, resulting in sustainable solutions around the world.”

Ms Bishop confirmed last month she would also becoming chair of the Telethon Kids Institute, a research hub in Perth.