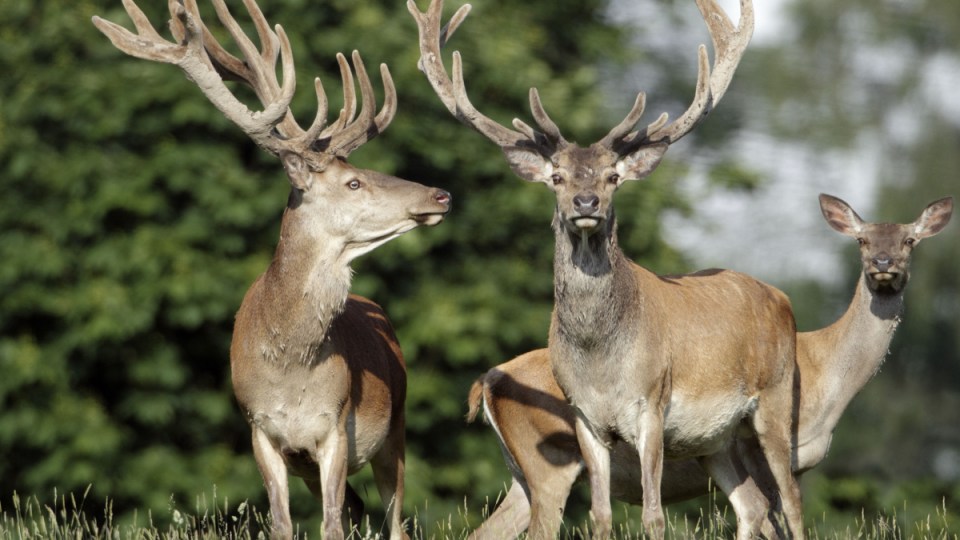 Red deer are among the feral species known to roam in Victoria. Photo: AAP

A man is dead and his wife has been severely injured after they were attacked by a deer in country Victoria.

The ABC reports that the 47-year-old man was attacked after feeding the deer on the couple’s property at Moyhu, near Wangaratta in north-east Victoria.

His wife was attacked when she tried to intervene.

The ABC has named the man as Paul McDonald, and his wife as Mandi McDonald. The deer was apparently their pet.

“His wife and son heard the commotion and went out to see what was going on,” police acting Senior Sergeant Paul Pursell said.

“His wife entered the enclosure to assist her husband and she was also attacked.”

Paramedics treated both at the scene, but Mr McDonald died a short time later.

Mrs McDonald suffered severe upper body and leg injuries. She was taken by air ambulance to The Alfred hospital in Melbourne, where she is in a serious condition.

The animal was euthanised at the scene. Senior Sergeant Pursell said it was a cross between a red deer and an elk. The family had kept the animal for about two years.

He warned that deers’ behaviour could be unpredictable and “people have got to weigh up whether it’s worth the risk of keeping them as domestic [pets]”.

The couple’s son and daughter have travelled to Melbourne to be at Mrs McDonald’s bedside.

“This is an absolute tragedy,” Senior Sergeant Pursell said.

“The family are just devastated. There is a large family network and the ones we’ve spoken to, it’s beyond words how affected they are.”

Autumn is mating season for deer, and a particularly dangerous time to be around them. At this time of year, stags grow antlers and are known to be especially aggressive.