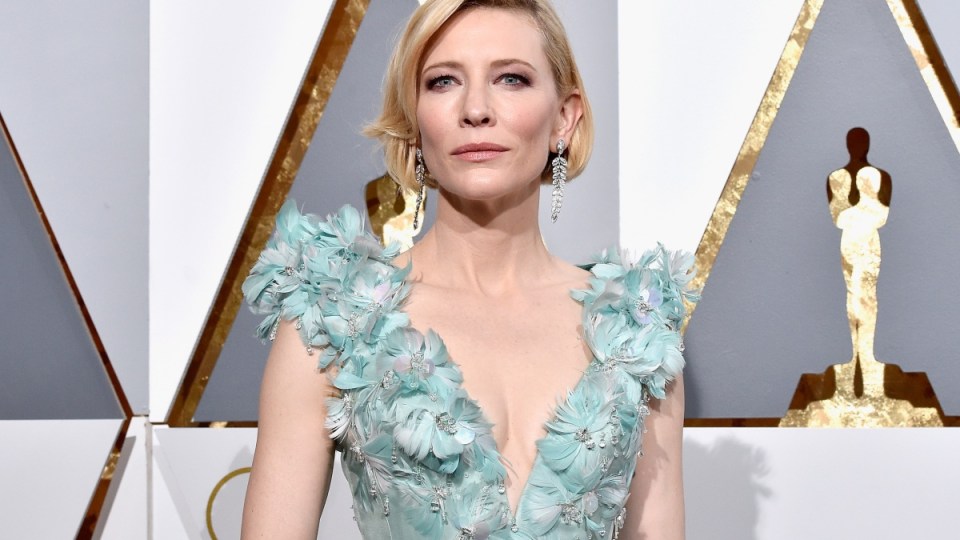 Cate Blanchett has two Oscars, three Golden Globes, three BAFTAs and so many other trophies from film critics groups she could melt them down and have enough metal to make a second Sydney Harbour Bridge.

Melbourne-born Blanchett is arguably the finest actor Australia has produced.

So, how does Blanchett select her roles? The answer is surprising.

The Melbourne-born 49-year-old relies on the judgment of her 16-year-old son Dashiell.

“I get him to read everything, whether it is appropriate or not,” Blanchett told AAP during a recent video interview in Los Angeles.

When the script for the family-fantasy-comedy The House with a Clock in Its Walls, by Steven Spielberg’s Amblin Entertainment production company, landed on her desk she was keen for “Dash” to take a look.

“I gave it to him and said ‘I loved the script and Eli Roth is going to direct it’,” Blanchett said.

“He said, ‘Eli Roth is going to direct an Amblin film? Oh, you have to do it’.

Roth is the 46-year-old American director who along with Australian filmmakers James Wan and Leigh Whannell were members of the “Splat Pack” – young filmmakers who changed Hollywood in the mid-2000s with small budget, highly-profitable, ultra-violent horror films.

Roth’s breakthrough project was the flesh-eating horror movie Cabin Fever and he ramped it up with the torture franchise Hostel.

The House with a Clock in Its Walls, with its target audience families, is a genre change for Roth although there are plenty of scares and tension.

“That’s the secret to Hollywood,” laughed Roth who was sitting alongside Blanchett and listening how Dash encouraged her to take the role.

“You have to really get to the teenagers because their parents would have no idea who I am.”

The House with a Clock in Its Walls is based on the 1973 novel of the same name by John Bellairs.

Set in Michigan in 1955, a warlock, played by Jack Black, lives in a mysterious old house and when his sister dies he takes in his 10-year-old nephew.

A powerful clock is hidden somewhere inside the house and if it can’t be located, it will destroy the world. Blanchett plays a witch who lives next door.

Blanchett, who has four children with Australian playwright Andrew Upton, brought them on the Atlanta set.

“We were shooting a scene with attacking pumpkins and your nine-year-old Iggie came to set and he looked around and very definitively said, ‘Mum, this is the greatest movie you have ever made’,” Roth said.

Blanchett says she laps up the positive feedback from her children whenever she can get it.

“It’s the only approval I get,” Blanchett laughed.

“I have to keep working to stay relevant to my children.”

The House with a Clock in Its Walls opens in Australia on Thursday.