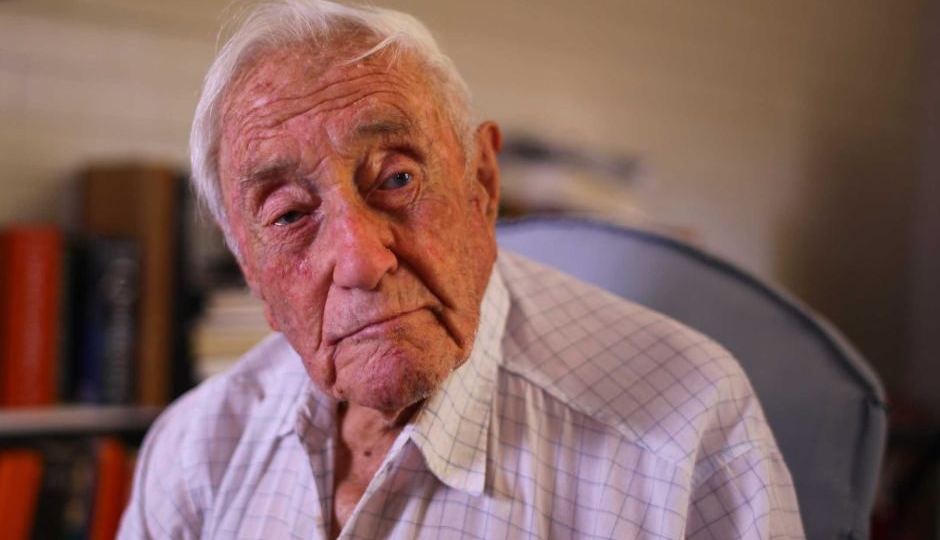 Australia’s oldest scientist plans to fly to Switzerland next week to end his life through voluntary euthanasia.

Edith Cowan University honorary research associate David Goodall doesn’t have a terminal illness but at age 104, his quality of life has deteriorated.

“I greatly regret having reached that age,” the ecologist told the ABC on his birthday earlier this month.

“I’m not happy. I want to die. It’s not sad particularly. What is sad is if one is prevented.

“If one choose to kills oneself, then that should be fair enough. I don’t think anyone else should interfere.”

His daughter Karen Goodall-Smith told the broadcaster the choice was up to him.

Professor Goodall has been a member of the organisation for almost 20 years and will fly out of Perth on Wednesday, accompanied by an Exit International nurse to an assisted suicide organisation in Basel.

Exit International has started a GoFundMe campaign to upgrade his ticket from economy to business class.

Dr Nitschke, who burnt his practising certificate in 2015 to protest against Medical Board conditions on his registration, said it was a shame Professor Goodall had to undertake an arduous trip to have a peaceful death at the time of his choosing.

Marshall Perron, who introduced the world’s first euthanasia legislation in the Northern Territory before stepping down as chief minister, said it was disgraceful Professor Goodall did not have the option of dying in his own home with loved ones by his side.

“A compassionate society would accommodate the wishes of a competent citizen who believed their life has run its course and was devoid of any joy,” Mr Perron said on Sunday.

The inquiry resumes this week, but Premier Mark McGowan has already said any voluntary euthanasia laws proposed by his government would be restricted to people with a terminal illness.

Professor Goodall made international headlines in 2016 when the university reversed a decision to kick him out of his office on campus amid concerns his long public transport commute was a health risk.