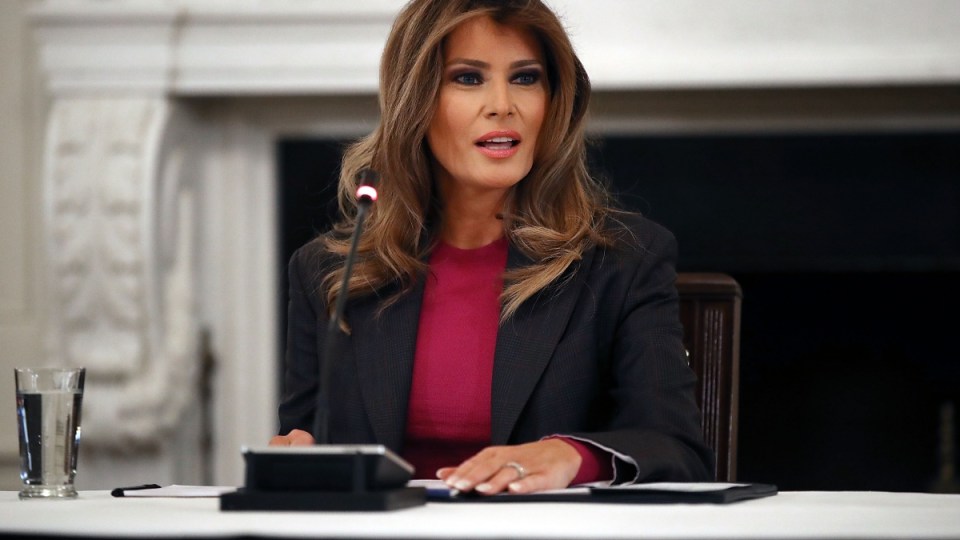 One year and two months into her husband's presidency and Melania Trump is yet to settle on a cause to support. Photo: Getty

Melania Trump has started distancing herself from her anti-cyberbullying quest, with her White House spokeswoman suggesting the United States First Lady will be more concerned with “broader” issues facing children.

According to Ms Grisham, Mrs Trump plans to focus more on general youth issues like nutrition, prescription drug and opioid abuse, social media use and online behaviour and safety.

“There are a lot of things going into it,” Ms Grisham said. “[The theme is] the overall wellbeing of children and teaching themselves how to grow up happy and healthy and become morally responsible adults.”

Mrs Trump announced her decision to combat cyberbullying in the days before Mr Trump’s election, inciting backlash from commentators who pointed out she should start by getting her husband off Twitter.

“We must find better ways to honour and support the basic goodness of our children, especially in social media. It will be one of the main focuses of my work if I’m privileged enough to become your First Lady.”

But 14 months into Donald Trump’s presidency, Mrs Trump is yet to settle on an actual platform for activism.

Just last month, Mrs Trump acknowledged her advocacy for appropriate social media use was a point of contention for many opposed to her husband’s questionable online antics, but promised to persist.

“I am well aware that people are sceptical of me discussing this topic,” the First Lady told a White House summit of major technology and communications executives.

“I have been criticised for my commitment to tackling this issue, and I know that will continue. But it will not stop me from doing what I know is right.”

According to Slate, this latest backflip could be on the advice of her team, who may have identified cyberbullying as too contentious of a topic for her to tackle while Mr Trump is so active on social media.

Mrs Trump’s predecessor Michelle Obama took one year to announce her plans to tackle childhood obesity with her Let’s Move campaign, while Hillary Clinton was dedicated to expanding healthcare access, establishing a taskforce with Bill Clinton only three months after he was elected president.

But the current First Lady’s focus is harder to pin down. Despite her initial focus on social media and children, in March this year she expressed her desire to tackle the US opioid crisis.

“In my role as First Lady, much of my focus has been towards understanding the negative effects the opioid epidemic is having on our children and young mothers,” Mrs Trump said during a March 19 appearance in New Hampshire.

“Many young mothers are not even aware of this disease, so we must continue educating them about the real dangers of opioids on unborn babies.”

It may be that Mrs Trump can do both after hiring a director of policy, 27-year-old Reagan Thompson, in January this year.

“Reagan’s experience with various statewide and national campaigns will be a big asset as the first lady and her team prepare to roll out her official platform in the coming months,” Ms Grisham told The New York Times at the time.

‘Stay away from saying that’: Melania Trump’s anti-bullying backflip