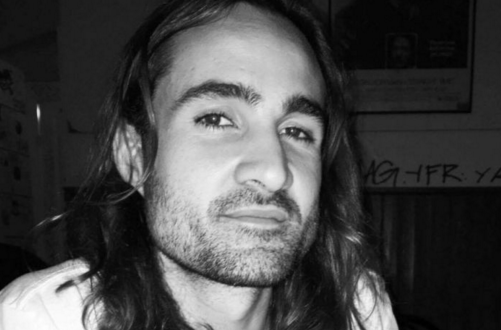 Mr Foley has been remembered as a 'fine young man'. Photo: Twitter

Police in Sweden have arrested a 25-year-old man over the brutal stabbing murder of an Australian in Gothenburg.

Kai Foley, 30, was found in Odinsplatsen by a police patrol in a public space near Gottenburg Central Station early on the morning of December 20.

He was suffering severe spinal and abdominal injuries and later died in hospital.

Swedish News Agency TT reports a man is now being detained over the attack after being arrested on Friday.

Local prosecutors say he was not known to Mr Foley, who moved to Gothenburg in the last European summer and had a Swedish girlfriend.

Prosecutor Nicklas Hogden told Swedish newspaper GT investigations were ongoing, but at this stage there were no other suspects.

According to The Local Sweden who reported on Mr Foley’s death at the time, police said he was not on their radar.

“The victim has never been on the Swedish police radar. He’s not a criminal or anyone we were aware of, just a young man who moved here in the summer and has lived here for around half a year,” Swedish police West region spokesperson Ulla Brehm told The Local Sweden.

“We’ve carried out a forensic investigation and are awaiting the results, and we’re also trying to find out where he had been in the last hours, using CCTV cameras in the area for example to help with that,” she said.

Ms Brehm said at the time they were “in contact with his next of kin and trying to find out if they know more about where he was, what he was doing, that kind of thing”.

“If he was alone or if he was accompanied by others,” Ms Brehm explained.

He reportedly managed to walk several hundred metres on his own before collapsing.

The ABC reported that after Mr Foley’s death was made public, family and friends described him on December 30 as a “gentle giant” and a “beautiful, fine young man”.

In a statement, his family asked for privacy, reported the ABC.

“Kai’s family and many friends are devastated at the loss of a very special, beautiful, fine young man,” they said.

“A private memorial service for Kai’s family and friends will be held in the coming weeks. Details will be posted on Kai’s FB page.”

Arrest over brutal murder of Australian man in Sweden