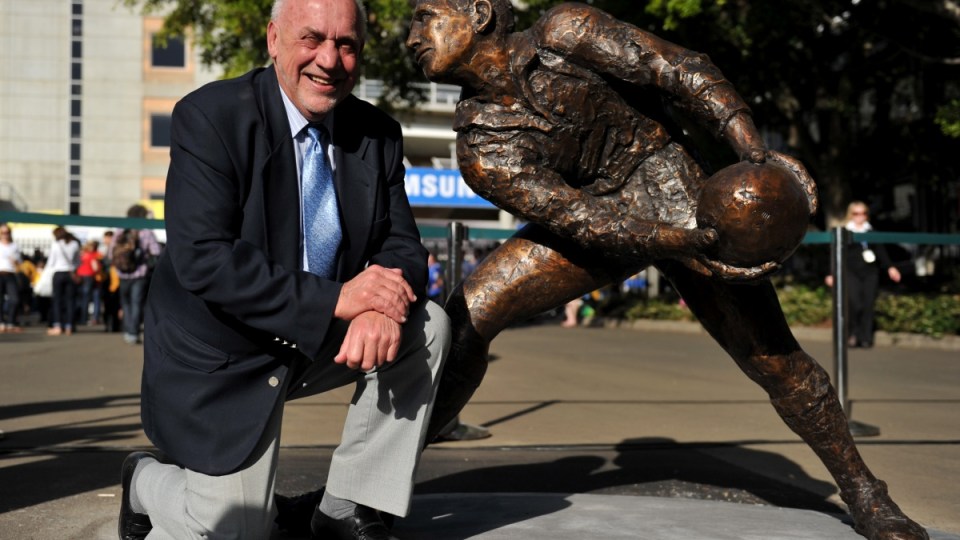 Catchpole is immortalised with a statue outside Allianz Stadium. Photo: AAP

Catchpole, who played 27 Tests from 1961 including 13 as captain, is revered as one of Australian rugby’s greatest players.

The champion halfback began his career with Sydney club side Randwick and became a giant of international rugby, being inducted in the World Rugby Hall of Fame in 2013.

He is among the youngest Wallabies skippers, taking up the role on his Test debut at 21 years and 354 days.

It’s understood he has died after a long battle with illness.

Catchpole is immortalised with a statue outside Allianz Stadium, while the Shute Shield’s most valuable player award honours his name.

His playing career was ended at just 28 when he sustained a severe hamstring injury in a tackle from All Blacks legend Colin Meads.