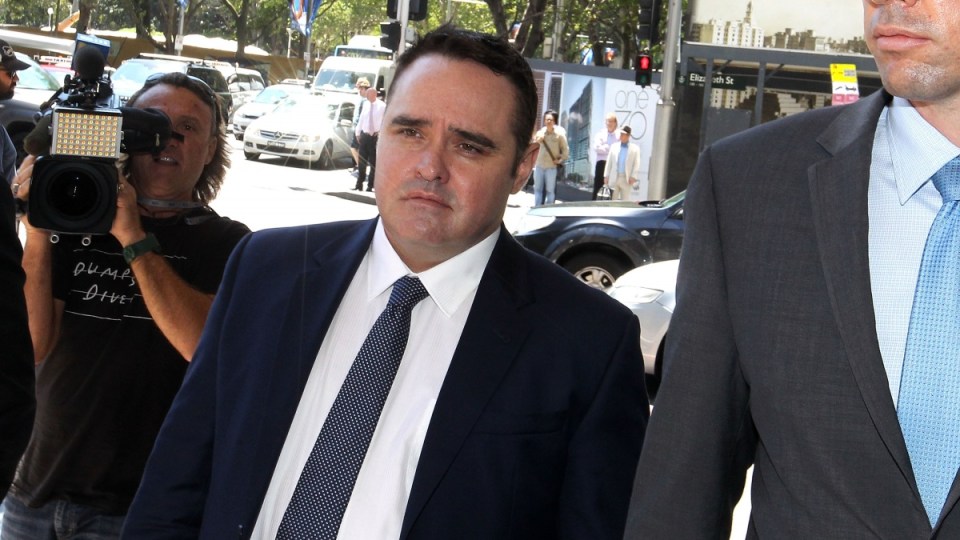 Judge Paul Conlon questioned whether the offence “must be viewed down towards the lowest end of the scale” of child pornography crimes in Sydney’s Downing Centre District Court on Friday.

The Crown is seeking a ‘custodial sentence’ for the 43-year-old journalist, who worked on A Current Affair, after was arrested in April, and pleaded guilty in September to two counts of using a carriage service to transmit, publish or promote child pornography.

Mr McCormack went by the name ‘Oz4skinboi’ in conversations with  another man that began in 2015 and amounted to child pornography, according to the agreed statement of facts tendered in court in September.

He fantasised about young boys and their “perfect bodies” in the graphic chats.

The court heard the offending took place when Mr McCormack was drunk and would need to satisfy his sexual urges.

Mr McCormack’s lawyer Sam Macedone said the journalist had tried to take his own life twice, partly in response to the shame he had brought to his family.

In one note Mr McCormack wrote, “it’s not your mess I’ve created, it’s mine”.

It was revealed Mr McCormack approached psychologists for help before he was charged with the offences.

Judge Conlon told the court it was the first time he’d seen an offender of these charges seek professional assistance for what “he knew was wrong” and caused “self loathing”.

He said it appeared Mr McCormack’s “fantasy” had never been acted on and questioned whether the offence “must be viewed down towards the lowest end of the scale”.’

“It appears that none of this has ever been acted on… is it not a person talking about a fantasy?

“It’s not a straightforward matter.”

McCormack had been admitted to a Sydney hospital at least twice since his arrest to receive mental health treatment.

His lawyer, Mr Madecone, told the court there were never any images of the children and insisted the charges related to nothing more than “fantasy talk”.

Judge Conlon adjourned the sentencing to December 6 to review the Crown and defence submissions.

Readers seeking support and/or information about suicide prevention can contact Lifeline on 13 11 14.