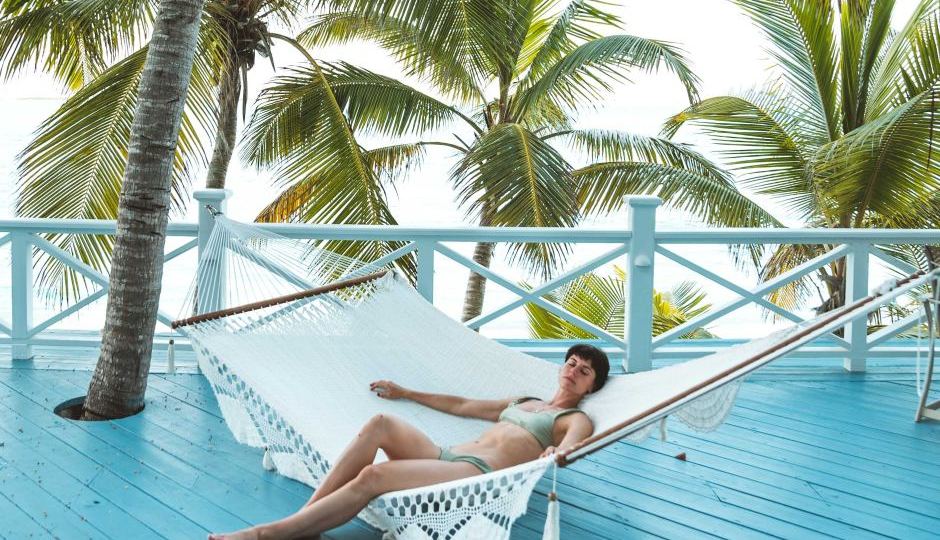 Sorelle Amore travelled the world, staying in luxury homes and was paid for it too. Photo: Sorelle Amore

Do you fancy getting paid to stay in some of the world’s best holiday houses?

That was the reality for 28-year-old former Ballina High School student Sorelle Amore who stayed in magnificent homes in 12 countries — and was paid $US30,000 ($39,400) to do it.

Ms Amore beat 50,000 other people from around the world who applied to work for the upmarket travel club ThirdHome from August to October this year.

More than 17,000 applicants also submitted videos, with the next phase of the competition being writing blogs and showcasing their marketing skills.

Finally, contestants submitted another video and tried to get votes from their followers.

“Honestly, my tactic for getting votes was just everyday pushing it on my social channels,” Ms Amore said.

“I also went to magazines, online news outlets [and] radio stations. I was getting anyone and everyone to listen and vote.

“No one else in the finalists was pushing as hard as I was, and my persistence paid off.”

The adventure was 13 weeks in total, beginning in a huge, mystical castle in Scotland and finishing in Sydney.

Ms Amore spent around six days in each of the 12 homes and explored the surrounding areas, videoing and photographing the houses and the region.

“While travelling to the next destination, I would be editing the videos, the photos, and writing articles,” Ms Amore said.

She said she actually liked the time spent in between, in airports, as it gave her time to explore the next destination and work on her past social media posts.

Her favourite places were a giant 12-bedroom mansion in Costa Rica with eight staff, including a personal butler.

The house was surrounded by jungle complete with sloths, monkeys and toucans.

Ms Amore said she felt like royalty in China, where she stayed very close to the Great Wall and had magnificent mountain views.

But it was the water in the Bahamas that Ms Amore said she loved most.

“The aqua colour of this water is something I have never seen before. So much beauty,” she posted.

“And outside of my home once, I saw a turtle swimming by. It was ridiculously cute.

“I also loved swimming with sharks and feeding iguanas.”

Life as an ‘influencer’

Ms Amore said in her role as a social media ‘influencer’, she makes money mainly from brands she promotes.

“The ‘serious’ clients will take a video from me which is much more expensive than a post on Instagram since it’s much more time-intensive,” she said.

Ms Amore said she believes in taking a long-term strategy to her work, with results paying off in the long run rather than immediately.

“It’s a constant game of getting clients while still creating my own content, so I don’t fall behind on my content,” she said.

She said ThirdHome were happy with her work and loved how ‘real’ she was.

“I have tried to conform and be like others on social media, tone down my weirdness and enthusiasm, but I just can’t.

“I don’t pretend to be someone I’m not [and] I believe it makes me relatable, so that apparently was on my side also.”

Advice for the envious

Before you go putting luxury house swapping on the top of your travel list or signing your own home onto a house swap website, Ms Amore said you should consider the true cost.

While it may seem like the trip of a lifetime, with no strings attached, she said a lot was expected of her during the 13 weeks of travel.

“The photographs were being released on my Instagram pretty well in real time as images are much easier to edit than photos,” she said.

Her videos, posted on her YouTube channel, were about two weeks behind as it took a while to get all the edited footage together.

Her work was then shared across the ThirdHome social channels.

But it was not all work for Ms Amore who did get a break halfway through her adventure to spend a week with her boyfriend, another north coast NSW local, in Morocco.

Australian woman Sorelle Amore has ‘the best job in the world’