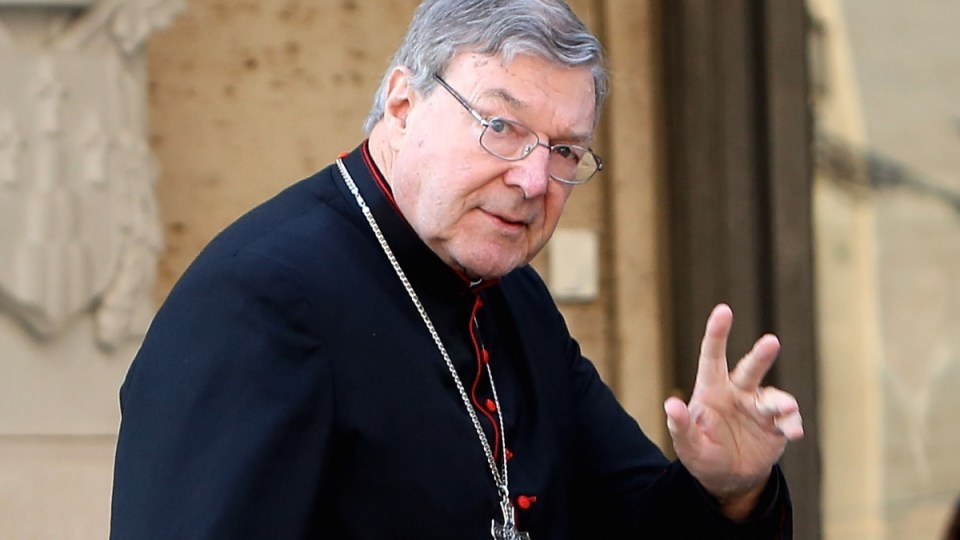 Cardinal George Pell has been spotted relaxing outside an ice cream store in Singapore on his way back to Australia to face historic sex-abuse charges.

The third-highest Vatican official and supervisor of the church’s finances is due in a Melbourne court on July 26.

He was spotted in Singapore on Saturday by an Australian traveller while relaxing in a blue shirt and cream slacks with a male friend at one of the ice cream shop’s outside tables.

“I just called my mother,” the eagle-eyed unnamed Australian says in video footage obtained by Sky News, “and she wants to know whether you are innocent?”

“Tell her that I am,” Pell responded.

The 77-year-old made his last appearance before the Royal Commission into Institutional Child Abuse by video after doctors said the long flight home would aggravate a heart condition.

The cardinal’s critics have speculated that he might defy the new order to appear, as the Vatican does not have an extradition treaty with Australia.

Pell squashed that theory at a brief appearance before the press immediately after charges were formally laid.

“I’m looking forward, finally, to having my day in court,” he said. “I’m innocent of these charges. They are false.

“The whole idea of sexual abuse is abhorrent to me.”

Cardinal Pell, who has undergone heart surgery several times, said he would consult with his doctors before leaving Rome, and the stop in Singapore suggests he is breaking the journey into stages that he can more easily manage.

In May, he was spotted in clerical attire and pulling suitcase at London’s Heathrow Airport.

The Singapore sighting came on the same day The New York Times cited Pell as a case study of what it described as Pope Francis’s “failing badly” to fully and properly address the child abuse scandal within the church.

“His failure to confront the problem was underlined last week when the pope had to grant one of his closest advisers, Cardinal George Pell of Australia, a leave of absence from the Vatican to answer multiple charges of sexual assault in Melbourne,” The Times editorial stated.

“Until now, Francis stood by Cardinal Pell, the Vatican treasurer, even after the cardinal admitted to a special Australian investigation last year that the church had made ‘enormous mistakes’ in responding to the scandal while he was a ranking archbishop.”