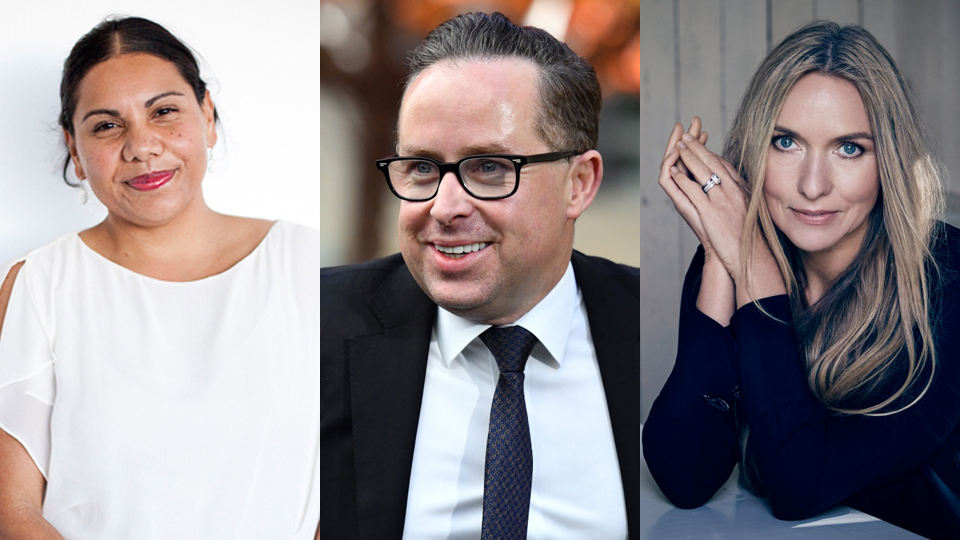 Mailman, Joyce and Dinnigan speak to The New Daily on the privilege of being chosen.

Alan Joyce, Collette Dinnigan and Deborah Mailman have been named among the Australians recognised on this year’s Queen’s Birthday honour list.

The Order of Australia, announced on Monday, recognised 673 role models across the country who have made a contribution to the nation.

Mr Joyce, CEO of Qantas, told The New Daily he was honoured to be made a Companion of the Order, the second-highest level of membership. He said it was important Australian leaders continued to push for equality.

“The notion of a ‘fair go’ has to be one of the most important Australian values, and it’s been a big driver behind my work promoting equality,” Mr Joyce said.

“We’re lucky to live in a very accepting, open society and we need to keep championing the need for everyone to share in the same opportunities.”

Qantas has led a public campaign to support marriage equality, resulting in the recent controversy with Australian tennis champion Margaret Court. Mr Joyce, who is gay, was last month hit in the face with a pie because of the airline’s stance on the issue.

He told The New Daily: “I’m truly honoured by this award, which also recognises the work of thousands of people who make Qantas an institution that Australians can rightly be proud of.”

Fashion designer Collette Dinnigan, one of the first Australian designers to show in Paris Fashion Week, said it was humbling to be recognised as an Officer of the Order, the third-highest level.

“I’ve had some amazing accolades in the industry,” she told The New Daily.

“It’s an honour to be recognised among some of the greatest Australians who’ve done some amazing things, who don’t necessarily have a high profile.”

She said in the early days of her career, people confused Australia with Austria.

Fashion encapsulates the Australian lifestyle, being relaxed and colourful, said Ms Dinnigan, who has dressed some of the biggest names including Nicole Kidman and Taylor Swift.

She received the Order of Australia for being a role model to women.

“I’ve never really set out to be a role model for anything I guess, because I’ve always had my head down and done a lot of hard work.”

Ms Dinnigan said she was conscious of the ways her business could affect the livelihoods of women – who she said were often the “unsung heroes” in her industry, particularly in third world countries.

She said she made sure workers in her supply chain had good working environments, minimum working hours, minimum wages and appropriate childcare.

In 2013, Ms Dinnigan announced her boutique stores would be closed to make room for her family life. But she has since gone on to launch a children’s clothing range, lingerie and bed linen. She has also done some interior design.

She said while she continued doing a lot of work, she was no longer dictated by her work and could work around her family.

“That’s been the biggest change. There’s still juggling,” she said.

“You don’t look for balance, you just prioritise. So I think that’s what most mothers do; it’s the art of organisation.

“I end up with very little time for myself, and you know what – I don’t mind. I’ve got two beautiful children, a wonderful husband and wonderful friends. I’m probably one of the luckiest people in the world at the moment.”

Deborah Mailman, star of The Secret Life of Us, The Sapphires and Redfern Now, said she was “deeply honoured” to be made a Member of the Order.

“To be given an honour of this nature is extraordinary for me and my family,” Ms Mailman told The New Daily.

“It may take a little time for me to comprehend this recognition for the work that I love doing because there are so many people in our communities who are doing exceptional work every day so I feel very humbled to have even been considered.”

The AC, AO, AM and OAM awards of the Order of Australia are recommended to the Governor-General by a 19-member Council.

Ms Mailman was one of the 171 Australians added as Members (AM), and a further 432 were given Medals (OAM).

The Order’s highest level of membership – Knights and Dames – was discontinued by Malcolm Turnbull after the granting of a knighthood to Prince Philip sparked outrage.

“To all recipients, I offer my deepest congratulations, admiration and respect for your contribution to our nation,” Governor-General Sir Peter Cosgrove said.

“We are fortunate as a community to have so many outstanding people willing to dedicate themselves to the betterment of our nation and it is only fitting that they have today been recognised through the Australian Honours system.”

Monday’s total of 673 recipients will join almost 50,000 Australians who have been added to the Order over the past four-plus decades.

Chair of the Council of the Order of Australia, Air Chief Marshal Sir Angus Houston, said the awards recognise service across a broad range of fields.

“They are public recognition of people who provide outstanding community service and whose achievements enhance national identity,” Sir Angus said.

“By their actions they demonstrate the qualities of positive role models. The recipients are not only worthy of respect but encourage emulation.

“These awards also recognise the ‘quiet achievers’ in our midst. They are people who serve the community, but do not seek accolades.”

Anyone can nominate any Australian for an award in the Order of Australia. If you know someone worthy, nominate them here.