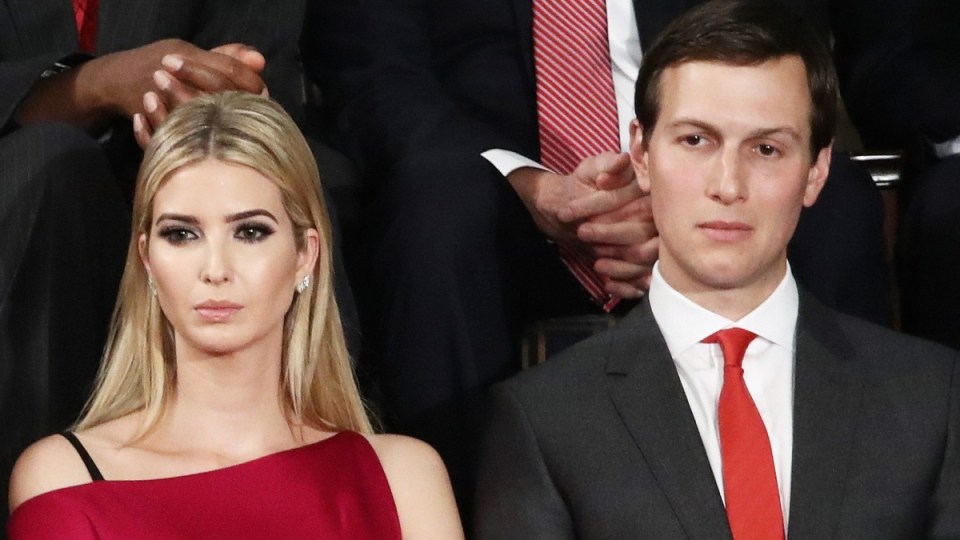 Power comes at a price for Ivanka Trump and her husband, Jared Kushner. Photo: Getty

Jared Kushner’s position as senior adviser to his father-in-law Donald Trump might afford him plenty of influence and access, but it could have cost his family business a $US4 billion deal.

In the same week as his wife Ivanka Trump was officially appointed Assistant to the President, a major deal between Mr Kushner’s family real estate business and a major Chinese company stalled.

In a statement to Bloomberg on Wednesday, Kushner Companies confirmed it had concluded discussions with Chinese company Anbang Insurance Group regarding Manhattan property 666 Fifth Avenue.

“Kushner Companies is no longer in discussions with Anbang about 666 Fifth Avenue’s potential redevelopment, and our firms have mutually agreed to end talks regarding the property,” the statement read.

The news comes after widespread scrutiny from lawmakers as to whether Mr Kushner’s dealings with the Chinese company called into question his ability to make foreign policy decisions in his capacity as adviser.

According to Bloomberg, Anbang was planning to invest more than $US4 billion in the property, which has been accumulating debt over recent years due to an office building glut and increasing loan fees.

However, the ethics of Kushner Companies’ dealings with Anbang – believed to have connections to the Chinese government – were called into question last week by Democratic lawmakers.

“This deal, if executed, would appear to present a clear conflict of interest,” they wrote in a March 24 letter to the White House, demanding more details on Mr Kushner’s involvement in the talks.

“Even if Mr Kushner has in fact divested from 666 Fifth Avenue, it appears his immediate family stands to benefit from a deal with Anbang, potentially violating federal ethics laws.”

Former US president Barack Obama famously refused to stay in the Anbang-owned Waldorf Astoria Hotel during a trip to New York in 2015 due to espionage concerns.

While Mr Kushner divested in his share of the building when he accepted the role of senior adviser to Mr Trump in January – selling his stake to his family – he was involved in early talks with Anbang.

It was a 26-year-old Mr Kushner who originally purchased the building for $US1.8 billion in 2007, marking the largest single-building transaction in New York City’s history.

Kushner Companies is planning on redeveloping the office building as a luxury tower with both retail and residential spaces, based on 2015 designs by late architect Zaha Hadid.

This isn’t the first time one of Mr Trump’s family members has suffered as a result of their involvement in White House dealings.

Mr Kushner faces increased scrutiny ahead of the US Senate Intelligence Committee’s investigation into Russian interference in the 2016 presidential election, at which he will be questioned over his dealings with Russian ambassador Sergey Kislyak.

Earlier this week, it was revealed Mr Kushner would head the newly launched White House Office of American Innovation, an outfit the Washington Post described as “a SWAT team to fix government with business ideas”.

I am very excited to support my father in the launch of The White House Office of American Innovation, and I cannot imagine a better person to lead the charge than my husband, Jared Kushner. This Office will be an "ideas factory capable of attracting top talent from both inside and outside of government, and serving as a conduit with the business, philanthropic and academic communities." Looking forward to great work and much success for our country! —- https://www.washingtonpost.com/politics/trump-taps-kushner-to-lead-a-swat-team-to-fix-government-with-business-ideas/2017/03/26/9714a8b6-1254-11e7-ada0-1489b735b3a3_story.html