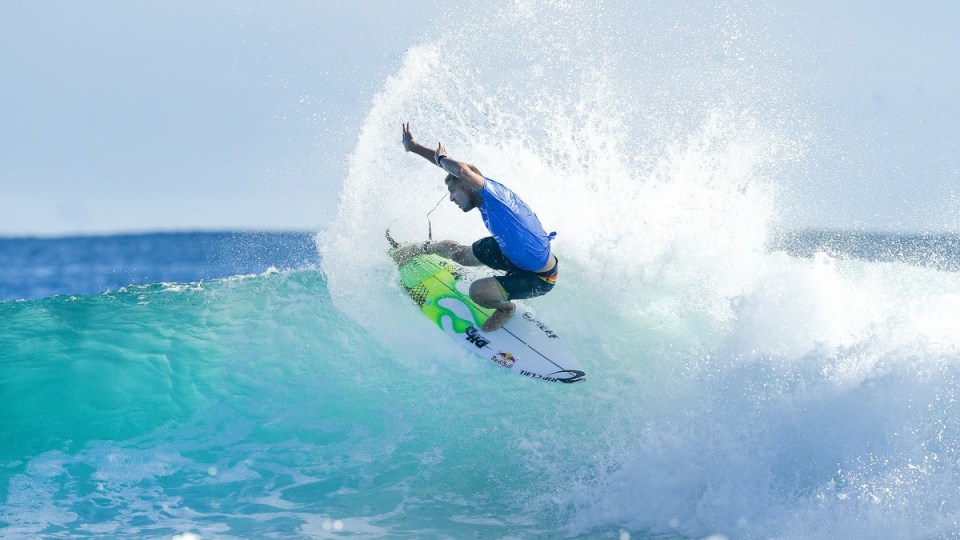 Mick Fanning has come out of retirement to eliminate Japanese world No.1 Kanoa Igarashi. Photo: AAP

Australia’s three-time world champion Mick Fanning has been eliminated by countryman Owen Wright in the third round of the Quiksilver Pro on the Gold Coast.

Wright is one of four Aussies to progress to the 12-man fourth round after he edged out Fanning, with a two-wave total of 15.10 to 15.00, on Saturday.

“When the heat was over, we were back to being best mates,” Wright said in a post-heat interview, reported the ABC.

“We went through a good year off together and now we’re back here. We love competing and I couldn’t have had a heat with a better bloke.”

Connor O’Leary won the all-Australian heat against Julian Wilson to join Wright in the next round, where they will mix it with South Africa’s Jordy Smith.

Eleven-time world champion Kelly Slater was too good in his morning heat with Frederico Morais and will surf against fellow American Conner Coffin and Gabriel Medina in the fourth round.