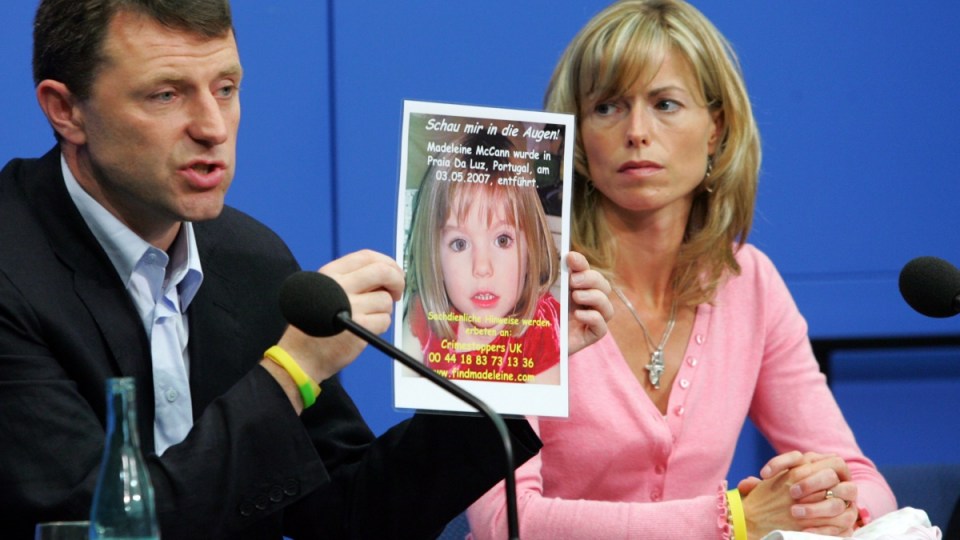 Kate and Gerry McCann display a poster of their missing daughter in 2007 in Berlin, Germany. Photo: Getty

Kate and Gerry McCann may well spend the rest of their lives fighting the claim that they accidentally killed their little daughter Madeleine – and then staged the child’s disappearance in order to cover it up.

They are locked in a ruinous legal battle with Goncalo Amaral, the former Portuguese police detective who initially led the investigation into Madeleine’s disappearance.

Amaral has since been widely disgraced as a bungler and a kook, but he has his supporters – and the Supreme Court in Portugal, in the latest round of a legal battle, has ruled that he hasn’t defamed the McCanns with his claims of homicide and deception.

Madeleine disappeared one May 2007 night from her family’s holiday apartment at Praia da Luz on the Algarve. Amaral was fired from the case four months later after criticising the British police who had ruled the McCanns out as suspects.

In July 2008, he published Maddie: The Truth of the Lie, a book that insisted Madeleine died in the holiday apartment, probably from an accidental drug overdose. 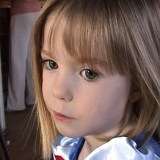 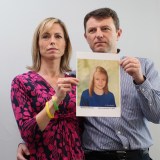 Amaral’s book has reportedly made him 300,000 British Pounds.

The McCanns, both medical doctors, applied for an injunction prohibiting sale of the book. They also began a libel suit against Amaral. They had already won libel claims against four British newspapers, resulting in front-page apologies and settlements.

In recent days Portugal’s Supreme Court upheld the appeal, ruling that Amaral’s right to free speech outweighed any hurt to reputation suffered by the McCanns and noted the couple were not “formally in the clear”.

The McCanns have lodged a formal complaint against the ruling and have said they might take their case to the European Court of Human Rights.

They have said they’ll be using money from Madeleine’s Fund, money raised on their website findmadeleine.com that is meant to pay for their own investigation into her disappearance.

Aside from asking for donations, the couple also sells Find Madeleine car stickers, luggage tags, T-shirts, wristbands and other products meant to spread the word in the manner of milk cartons.

Goncalo Amaral, for his part, is writing a new book about the case.

A week before her fourth birthday, Madeleine McCann disappears during a family holiday to Praia da Luz in Portugal.

British expat Robert Murat, a neighbour, is named as an “arguido” in the case – someone to be questioned under caution.

Madeleine’s parents are named as “arguidos” – and so begins fervent media speculation they are behind her vanishing.

Portuguese attorney-general announces that all leads have been exhausted. The McCanns and Murat are formally cleared.

The day after, former detective Goncalo Amaral publishes his book The Truth of the Lie.

British detectives say they believe Madeleine could still be alive.

Scotland Yard confirms it has uncovered “genuinely new” lines of inquiry and people of interest.

Portuguese police reopen the case after a review.

Amaral is found guilty of libel against the McCanns in The Truth of the Lie.

London Met contact Australian police: the body of a small girl had been found inside a suitcase by the side of the road in South Australia. Met wanted to know if the girl was possibly Madeleine. She was not.

Operation Grange is scaled down from 29 full-time detectives to four.