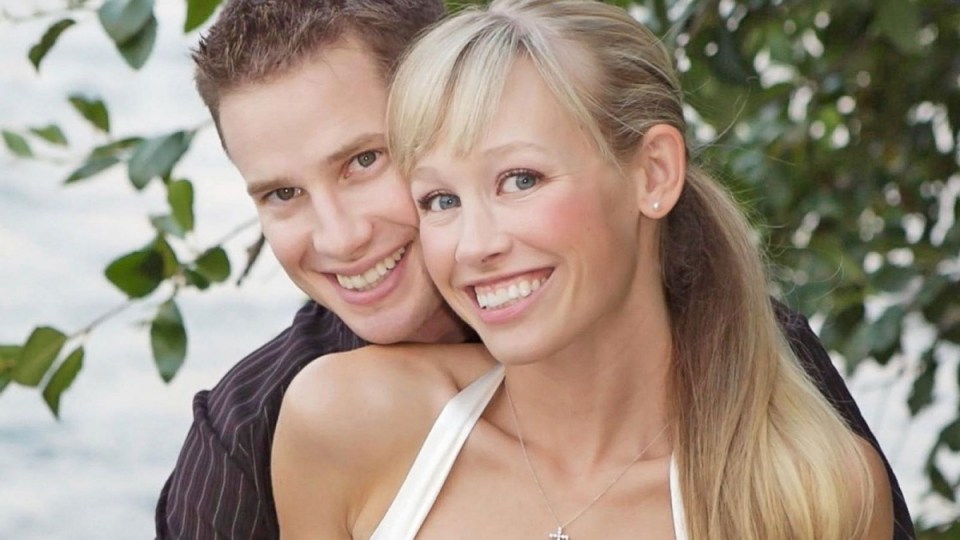 Sherri Papini, pictured with her husband Keith, is safely home but many questions remain.

On November 2 Sherri Papini didn’t pick up her children from day care.

That was the first sign that something had happened to the 34-year-old “supermom”, last seen jogging on Sunrise Boulevard in her rural neighbourhood of Redding, California, around 2pm that day.

Using an iPhone app, Mrs Papini’s husband Keith discovered his wife’s phone and headphones 1.5km away from their home. At 7.51pm that evening, he reported his wife as a missing person.

And so began a baffling mystery involving “cult-like” skin branding, potentially racist internet comments, two shadowy female suspects, an unnervingly media-savvy husband and the question of whether or not the whole thing was a hoax.

How Sherri was found

After 22 days of investigation by authorities and extensive global media coverage, Mrs Papini was found 225km south of Sunrise Boulevard on the Interstate 5 near Sacramento, where she’d been dumped by the side of the road. 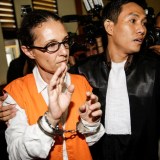 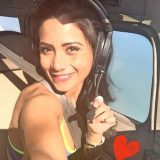 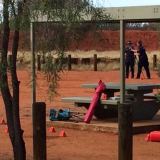 A driver phoned 911 after being waved down by Papini, despite her being shackled at the hands and wrists and tied to a “heavy object” that is yet to be described in more detail.

It is believed Mrs Papini used the bag that had been over her head to flag down the motorist.

Brutally branded to ‘send a message’

When Mr Papini visited his wife in hospital, her 45kg, 160cm frame had shed more than eight kilos. She had red rashes, chain markings, her “signature blonde hair” had been cut and “her face was covered in bruises ranging from yellow to black due to repeated beatings”.

Mr Papini also claimed that his wife had been “branded” somewhere on her skin by her assailants.

The exact nature of the “branding” has yet to be confirmed, though Mr Papini said it was specifically designed to “send a message”.

Former FBI agent Brad Garrett speculated on Good Morning America that this was a way for the attackers to “destroy” Mrs Papini’s identity.

San Diego Private Detective Bill Garcia – who has been working on the case since early November – told The Today Show it looked like the work of a sex-trafficking group. Other experts likened it to the behaviour of a cult.

After visiting his wife in hospital, Mr Papini gave US news program 20/20 an exclusive statement regarding the injuries his wife incurred, as well as details of the investigation.

“She screamed so much, she’s coughing up blood from the screaming, trying to get somebody to stop,” Mr Papini said.

“And again just another sign of how my wife is, she’s so wonderful. She’s saying, ‘Well maybe people aren’t stopping because I have a chain that looks like I broke out of prison’, so she tried to tuck in her chain under her clothes.”

Sheriff Bosenko told ABC news that he was familiar with the details, but “they had not released them yet to the public” and that Mr Papini’s releasing them could “affect the integrity of the investigation”.

Mr. Papini also made statements to GMA discussing the incident and details of his wife’s condition. His actions led many to question whether or not the whole thing was a hoax.

Two days after his wife went missing, Mr Papini created a GoFundMe campaign in the name of discovering the whereabouts of his wife stating that “all funds will go directly to the Papini family to find Sherri and help bring her home safely”.

Although Mrs Papini has been safe for more than a week, you can still donate to the campaign, which is “trending” and has raised $USD49,205.

In an effort to find Mrs Papini, detectives looked through Mrs Papini’s computer records, revisited her past relationships and surveillance footage.

Sheriff Bosenko confirmed to ABC News the investigation had uncovered negative comments about Hispanics posted online under Mrs Papini’s maiden name, though he did not elaborate on where the comments were posted or what they said.

After conducting hours worth of interviews with Mrs Papini in hospital, Federal and Shasta County authorities have commenced a search for two Hispanic women: one young, one old.

The younger woman is believed to have long curly hair and a thick Spanish accent, while the older woman is described as having long, straight, black-and-grey hair and thick eyebrows.

They drove a dark SUV and were in possession of a handgun. According to Mrs Papini, they spoke Spanish for the majority of the time she was with them.

Watch Sheriff Bosenko release an update on the suspects

There is also suspicion brewing that Mrs Papini may have known her captors, or that she was abducted from somewhere other than the jogging track.

According to Sheriff Bosenko, the phone and headphones Mr Papini found appeared to have been a little too “neatly placed” in the woods near the Papinis’ home.

“They had been set in some grass with the screen facing up, and then the ear buds to the phone were loosely coiled and appeared to be placed on the screen,” he told Today.

“It did somewhat appear to be that they were placed there purposely.”