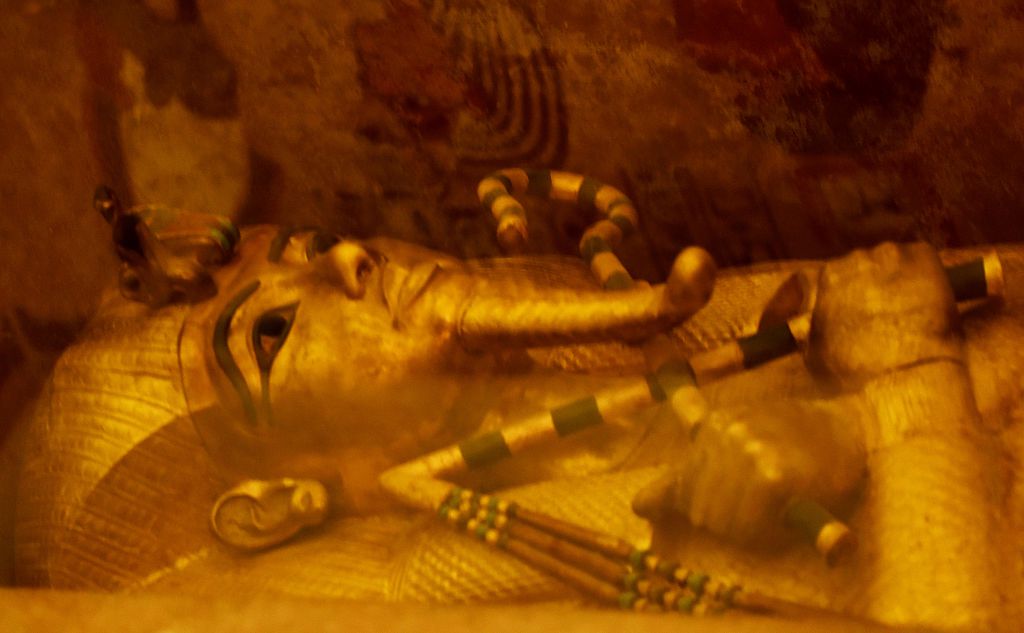 King Tutankhamun, the boy king of Egypt, was buried with a dagger made of iron from space, a new study has found.

The weapon, placed on the right thigh of the mummified body, came from iron of meteoric origins, a team of Italian and Egyptians researchers has confirmed.

The team used a non-invasive X-ray technique to confirm the composition of the iron without damaging it, according to the study published in the journal of Meteoritics and Planetary Science.

“Meteoritic iron is clearly indicated by the presence of a high percentage of nickel,” the study’s main author Daniela Comelli told Discovery News.

Iron meteorites are mostly made of iron and nickel, with small quantities of cobalt, phosphorus, sulphur and carbon.

Artefacts produced with iron ore quarrying will show 4 per cent nickel at most, however the dagger found in the tomb was composed of nearly 11 per cent nickel.

“The nickel and cobalt ratio in the dagger blade is consistent with that of iron meteorites that have preserved the primitive chondritic ratio during planetary differentiation in the early solar system,” she said.

So which meteor did the iron come from? The researchers took into consideration all the meteorites found within a 2000 kilometre radius of the centre of the Red Sea, and narrowed it down to 20 iron meteorites.

“Only one, named Kharga, turned out to have nickel and cobalt contents which are possibly consistent with the composition of the blade,” Associate Professor Comelli said.

The high manufacturing quality of King Tutankhamun’s dagger blade, in comparison with other simple-shaped meteoritic iron artefacts, also suggests a significant mastery of ironworking during the boy king’s time.

The weapon, now on display at the Egyptian Museum in Cairo, features a decorated gold handle and a gold sheath with a floral lily motif on one side and a feather pattern on the other side.

King Tutankhamun buried with dagger made of space iron