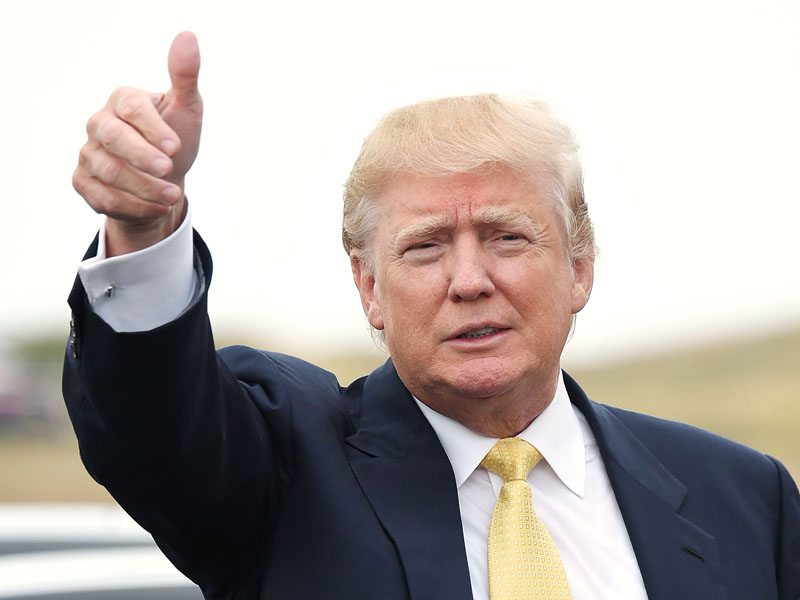 A hair stylist who worked on the set of The Apprentice has revealed a few secrets about Donald Trump’s signature mane.

US TV and film hairstylist for 30 years, Amy Lasch, worked on set for the first two seasons and said the show’s host would not let her go near his hair, the New York Post reported.

“If I noticed a flyaway that the camera was sure to pick up, I would hold a large mirror up to Donald and ask, ‘do you want me to fix it?’.

“I knew damn well — ask before I raised a finger to that hair.”

Many people have their own ideas about whether Trump’s famous mane was the real deal.

“I think it’s all his hair — through transplants,” Louis Licari, who styled the hair of Trump’s first wife, Ivana, for 20 years, said.

“I saw him several times in the office of Dr Norman Orentreich in the early ’80s (who was the first person to conduct a hair-transplant in 1952 ),” she said.

But, the US presidential hopeful defended the claims that it was fake in August.

Trump told The Des Moines Register he would change his hair do if elected for presidency.

“I would probably comb my hair back. Why? Because this thing is too hard to comb,” Trump said.

“I wouldn’t have time, because if I were in the White House, I’d be working my ass off.”

Meanwhile, Trump reiterated his call to ban Muslims from entering the US, despite his comments being used in a propaganda video for the Somali terrorist group al Shabaab.

In the new video, the Al Qaeda-affiliated al Shabaab used an excerpt from Mr Trump’s December 7 speech — made after an attack by a radicalised couple in California killed 14 people — to encourage Western Muslims to wage jihad.

Donald Trump’s hair: is it the real deal or fake?