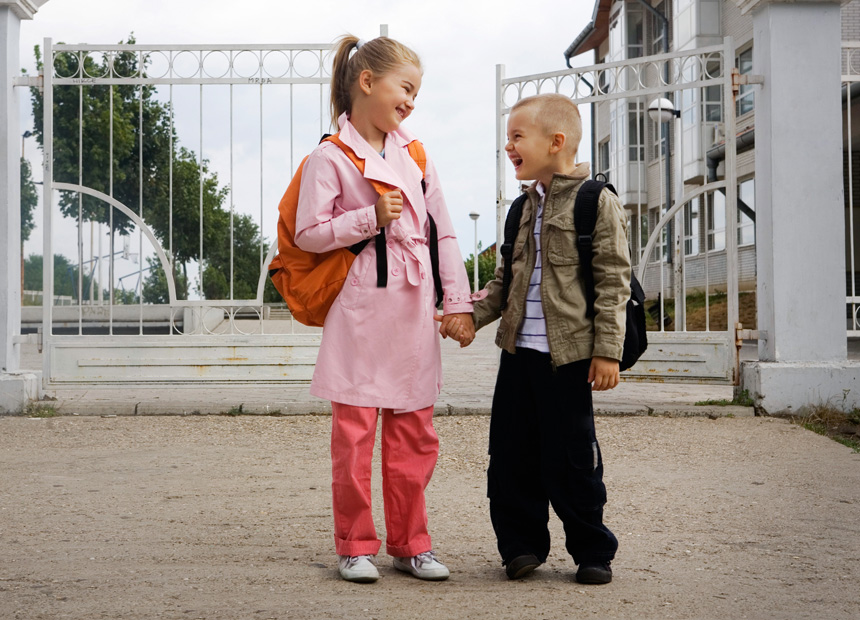 Children in Australia are starting their schooling too early, according to the results of a new study published by the National Bureau of Economic Research,.

The study claims children who begin primary school at the age of seven are more successful at adapting to school and perform a lot better in the long run.

In Australia, children usually start school at the age of five, but the Scandinavian study has cast doubt on that practice.

“In Denmark, children typically enrol in school during the calendar year in which they turn six.”

However, holding them back to the age of seven might mean children will cope better with inattention and hyperactivity.

“We find that a one-year delay in the start of school dramatically reduces inattention/hyperactivity at age seven, a measure of self regulation with strong negative links to student achievement,” the study finds.

The study’s co-author expanded on the findings in a press release to the Stanford Graduate School of Education.

“We found that delaying kindergarten for one year reduced inattention and hyperactivity by 73 per cent for an average child at age 11,” co-author Thomas Dee said.

“It virtually eliminated the probability that an average child at that age would have an ‘abnormal’, or higher-than-normal rating for the inattentive-hyperactive behavioural measure.”

In the study, researchers got data from a nationwide mental health screening tool of Danish children and matched it against the Danish census.

‘How long is a piece of string?’

But education experts told The New Daily that the ability for a child to adapt well to a school also depends on how equipped the school is to help that child grow.

The right age depends on the circumstances and a blanket ruling is hard to justify.

“The question of the correct school age is like asking ‘how long is a piece of string?’,” said Professor Jacqueline Hayden of Macquarie University’s Institute of Early Learning.

“There is no ideal age,” she told The New Daily. “The ideal situation is that the school – or whatever institution the child is spending time at – is able to adapt to individual children’s needs and provide a stimulating, nurturing and challenging environment.”

But she said it would be beneficial to lift the schooling age to seven if a child was experiencing facing challenges with pre-literacy and numeracy activities.

Sam Page, the CEO of Early Childhood Australia (ECA), said that hyperactivity in a child can be normal but also “problematic as they grow older if they do not learn to regulate and concentrate”.

While she did acknowledge hyperactivity can be a problem for some students, ECA could not state a concrete view on a “perfect” age to start school.

“The best people to make the decision about an individual child are the parents and the preschool teacher.”

Murdoch University’s Associate Professor in Education Libby-Lee Hammond was much more supportive of lifting age at which children start school.

“I’m not surprised at the study’s results,” Ms Hammond told The New Daily. “Developmentally, a lot of children aren’t ready for quite formal primary school learning at that age.

“I can see how there would be a mental health and developmental effect.

“I mean really, they’re babies at that age, they’ve only been on the planet for four years and we’re sending them home with worksheets.”

Ms Hammond said there were a number of things related to a child’s communication, social skills and emotions, that parents could help their kids with. (Click the owl to see them.  )

She said she’d seen how NAPLAN testing – which first takes place in Grade 3, at the age of eight – was heaping extra pressure from parents and schools on young children.

Ms Hammond claimed children at the age of five and six should be partaking in more creative and informal learning.

Therefore, raising the starting age for formal learning made sense to her.

“Historically, many researchers in many continents have demonstrated that children learn a lot of the foundations of formal learning through play, when they’re young,” she said.

“Also, they learn a lot of social and emotional factors they must bring to more formal learning.” This is the best age to send your child to school