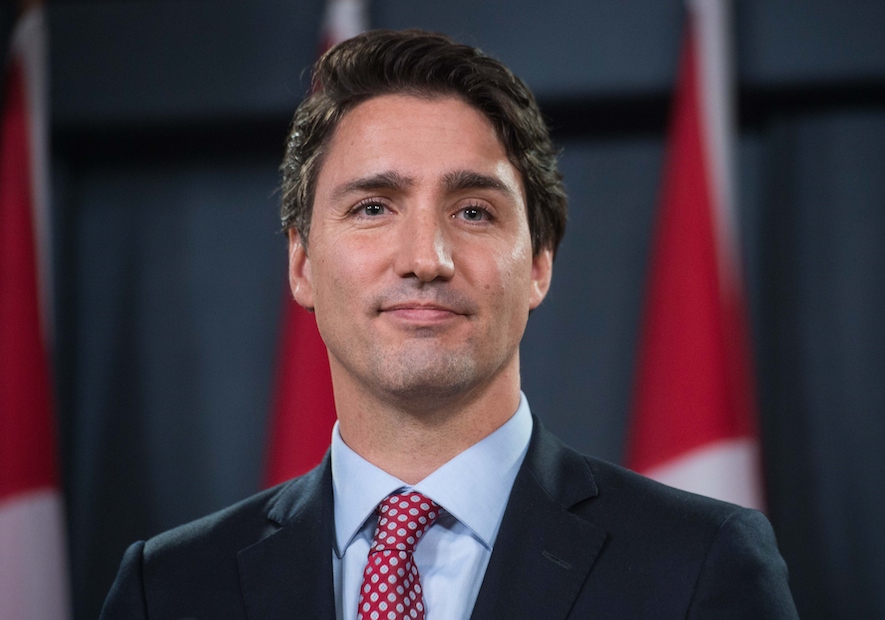 No, the good people of the internet weren’t reacting to the news Trudeau would follow in his late father’s footsteps to govern Canada – they were reacting to his face.

The father-of-three is in possession of the kind of good looks typically seen on Italian movie stars and those bright blue eyes have not gone unnoticed. Already several photos of Trudeau in his teen years have surfaced and American media is obsessed.

It doesn’t hurt that a young Trudeau resembles the fifth member of One Direction: Never mind that he’s a self-proclaimed feminist who is pro-choice, wants to legalise marijuana and aims to raise taxes on the rich – he’s dreamy. Trudeau is also a man of many talents. He can snowboard, box, do yoga, play rugby and … ride a unicycle, apparently. Unfortunately for those photoshopping themselves into his photos, he’s off the market after marrying television host Sophie Gregoire in 2005. Trudeau is posing some stiff competition for Australia’s own PM, Malcolm Turnbull, who has Instagram accounts dedicated to his appearance: On the highly respected website HottestHeadsofState.com Turnbull is sitting in the number 11 spot, while Trudeau has already rocketed up to number three.

Ahead of him are Enrique Peña Nieto, the president of Mexico, in number two:

And Jigme Khesar Namgyel Wangchuck, King of Bhutan, in the number one spot: It’s worth noting, however, that the trustworthiness of this site is questionable given Vladimir Putin is on the list at number 27.

Regardless, Trudeau soon won over the social media generation and a lot of it had to do with this photo: