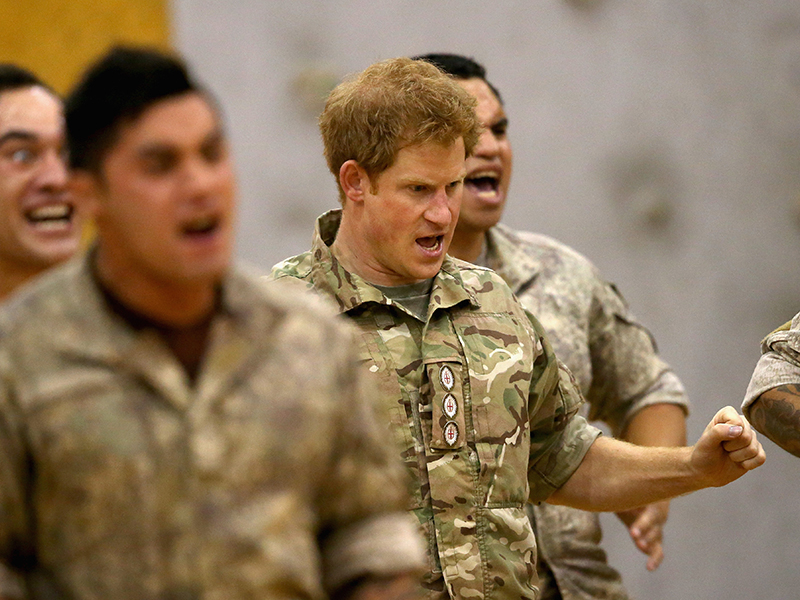 We’ve learned a lot about Prince Harry over the past few weeks: he likes the solitude of helicopters, he’s keen to settle down and he’s quite coordinated when it comes to learning the haka.

The 30-year-old prince joined New Zealand’s armed forces at the Linton military camp near Palmerston North to learn the war cry of the Māori people.

His teacher, Sergeant Major Brett Pene said it was “humbling” to see the fifth in line to the throne perform the traditional dance, which he had just 20 minutes to learn.

“Given the time restraints, in trying to teach him I know it was a bit difficult trying to learn the actions and the words, so I think he did really well,” Pene said.

As an avid rugby fan, Prince Harry has seen the All Blacks perform the ‘Ka Mate’ haka before, but was instead treated to the traditional army haka.

“He was familiar with the haka, so he wanted to know whether we’d do ‘Ka Mate’, but we did the army haka. As soldiers, it’s not everyday you have a member of of the royal family doing the haka with you,” Sgt Mjr Pene said.

And while the royal only had 20 minutes to learn the words and moves, he hasn’t done too badly.