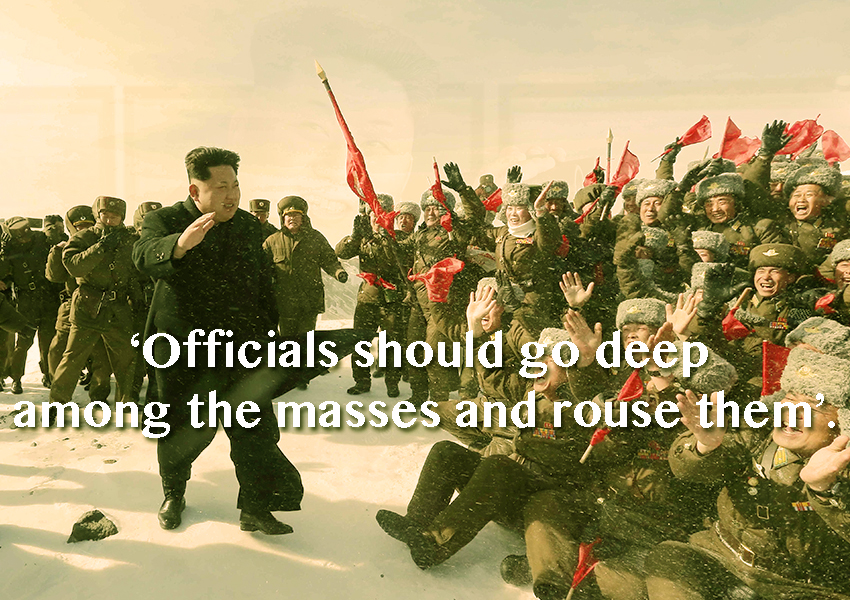 A photo of the leader of the isolated state showed a wind-swept Mr Kim standing on a snow-covered mountaintop, the sun rising behind him.

The story is the latest run by state media on the feats of the Kim dynasty, which has ruled for more than six decades with an iron fist and pervasive personality cult.

Just last week the regime insisted Mr Kim could drive by the time he was three years old, while his late father Kim Jong-Il said he had scored an incredible 11 holes-in-one the first time he ever played golf. The 2,750-metre peak of the volcanic mountain, lying on the border with China, is considered a sacred place in Korean folklore and plays a central role in the propaganda glorifying the Kim family.

Pyongyang’s state hagiography has it that Kim Jong-Il was born on the mountain – although many historians say he was born in Russia – and praises the family for their “Mt Paektu bloodline”.

State-run news service KCNA reported that the young ruler of the impoverished but nuclear-armed North scaled Mt Paektu on Saturday morning along with hundreds of fighter pilots as well as top army and party officials.

Mr Kim, like his predecessors, has made frequent “field guidance trips” to industrial plants, army bases, and sacred sites across the country in what analysts say is an attempt at forging an image as an energetic man of the people.

Mr Kim, who took over after the death of his father in 2011, seeks seemingly impossible policy goals of improving the economy and developing the atomic arsenal simultaneously.

He presided over the country’s third nuclear test in February 2013 – its most powerful to date – amid fears that it was on track to developing technology to mount an atomic warhead on a long-range missile.

His successes are dwarfed only by his profound speeches which are filled with enough moving and motivational moments to leave even the more impoverished North Korean in awe.