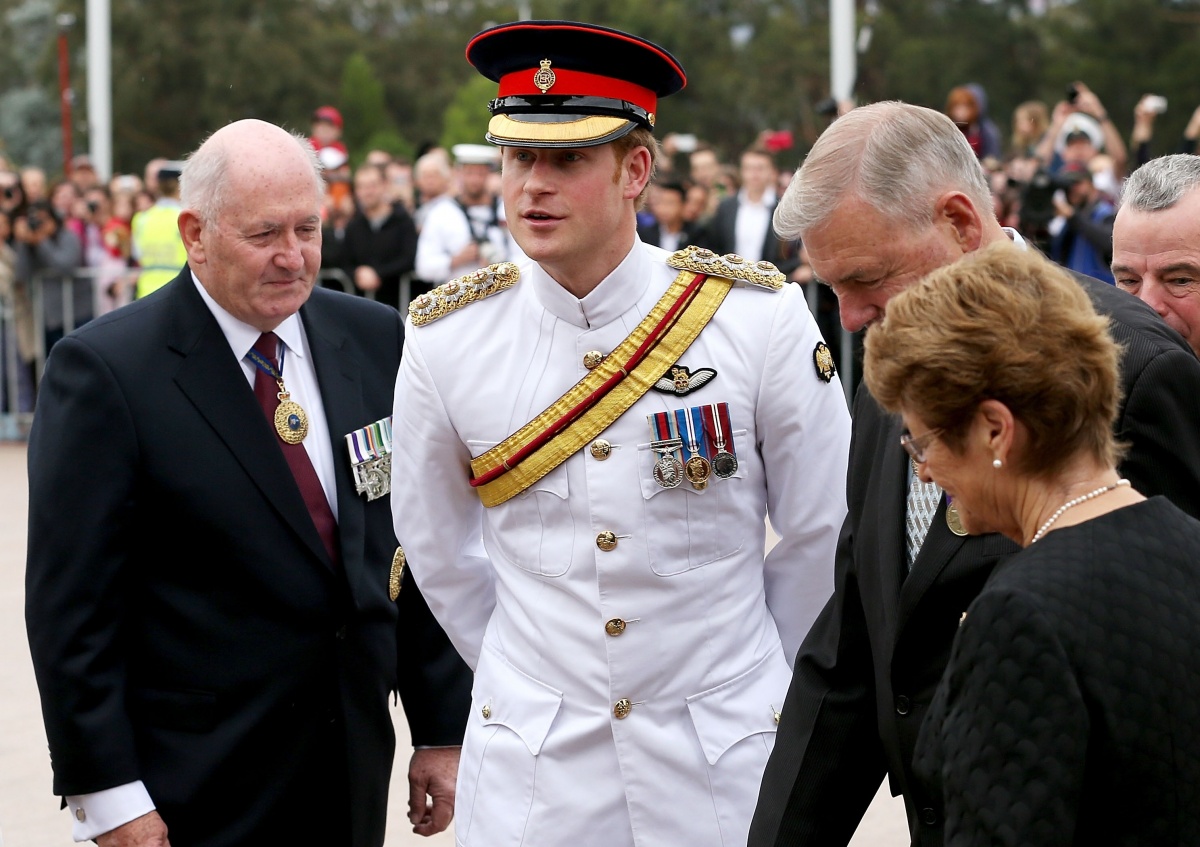 With a determined salute, Prince Harry began his month-long duty with the Australian army.

Rain started pouring down as the prince’s convoy arrived at Duntroon House, but Captain Wales endured the wet for at least five minutes before heading inside for private meetings.

The 30-year-old veteran of two deployments to Afghanistan will be attached to units in Darwin, Perth and Sydney, train with special forces and patrol with Aboriginal soldiers.

The group posed for a photo, before the prince was asked to stand for a solo picture, which took him a little by surprise.

He joked about having to remove items of clothing for the photos – which were taken without hats – asking if his minders would also like him to take off his jacket.

He will wear his British Army uniform during his one-month exchange but will fall under the command of the Australian Army.

In Perth, he will undertake training activities with the Special Air Service Regiment and in Darwin he will head out with members of Norforce, the mostly indigenous unit which patrols across northern Australia.

In Sydney, the Apache helicopter pilot will be attached to the Holsworthy-based 6th Aviation Regiment, training on helicopter simulators and possibly participating in flying operations.

The prince will also travel to Gallipoli to represent the royal family at the Anzac Day dawn service along with his father, Prince Charles.

Prince Harry has been looking forward to Gallipoli for sometime, having previously worked with Australian soldiers in Afghanistan, in the Invictus Games and on his trek to the South Pole with wounded veterans.

It’s one of the last duties of his 10-year military career before he retires from the British Army in June.