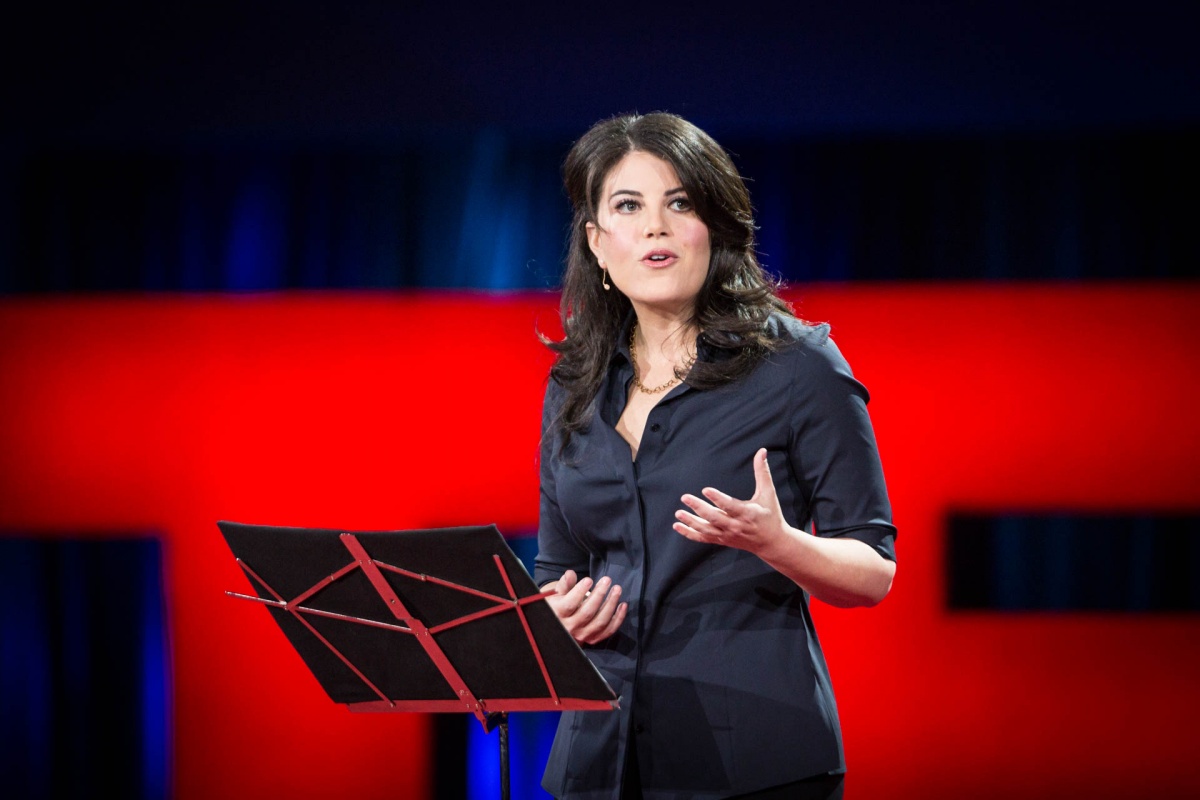 A liberated Monica Lewinsky has given a rousing TED Talk on her experience as the ‘patient zero’ victim of cyber-bullying during the fallout from her 1998 affair with American President Bill Clinton.

While interning as a 22-year-old at the White House, Lewinsky “fell in love” with the married President Clinton and the outing of the affair two years later caused her to be publicly shamed in headlines around the world.

Speaking in Vancouver on Tuesday, Lewinsky recounted how she was “humiliated to death” by the furore surrounding her affair.

“In 1998, after having been swept up into an improbable romance, I was then swept up into the eye of a political, legal, and media maelstrom like we have never seen before,” Lewinsky said in the talk.

“You’re looking at a woman who was publicly silent for a decade. Obviously that’s changed.”

“When this happened to me 17 years ago, there was no name for it. Now we call it cyberbullying and online harassment.”

Lewinsky noted that then, social media did not exist like now, however she was still victim of online trolling, perhaps one of the very first.

“It was the first time the traditional news was usurped by the Internet for a major news story, a click that reverberated around the world.” Lewinsky explained.

“I was branded as a tramp, tart, slut, whore, bimbo, and, of course, that woman. I was seen by many but actually known by few.”

She went onto detail how the affair almost cost the now 41-year-old her life and how she empathises with those who are currently bullied on social media.

“In 1998, I lost my reputation and my dignity. I lost almost everything, and I almost lost my life,” Lewinsky reflected.

“Fast forward 12 years to 2010, and now social media has been born. The landscape has sadly become much more populated with instances like mine, whether or not someone actually make a mistake.”

“Every day online, people, especially young people who are not developmentally equipped to handle this, are so abused and humiliated that they can’t imagine living to the next day.”

“We all deserve compassion, and to live both online and off in a more compassionate world.”