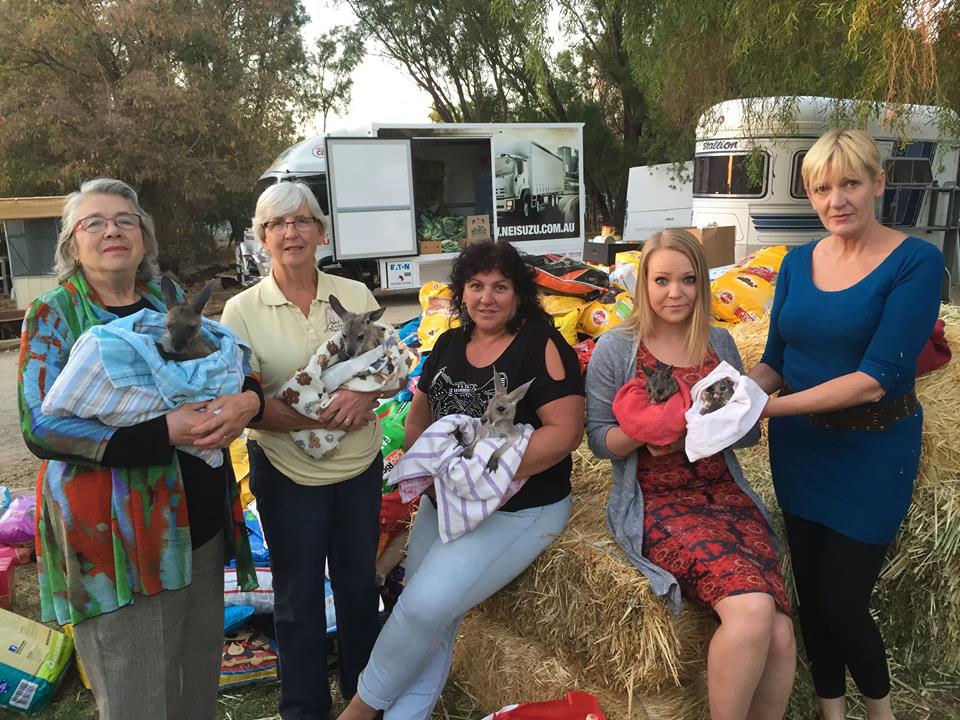 Flagship Channel Seven breakfast show Sunrise has been accused of wasting the time of animal rescuers and victims hit by a bushfire ravaging the Adelaide Hills.

According to Willow Wood native animal sanctuary owner Mark Aldridge, Sunrise producers arranged to do a live segment on his property on Tuesday morning that required dozens of animal rescue volunteers and victims who had lost their homes to assemble before dawn, only for the television crew to fail to show up.

Mr Aldridge, a prominent animal rights campaigner and independent candidate in the 2013 federal election, told The New Daily that Channel Seven didn’t even tell him the segment had been canned.

In a Facebook post that at the time of writing had been shared over 7000 times, Mr Aldridge savaged Sunrise for wasting the time of the roughly 35 people who showed up, many of whom volunteer with the Native Animal Network of SA.

“They asked that we stack the donations on the lawn, to have all the rescuers there with the animals, and those that lost their homes in the fires here for the cross overs, that we have the trucks arriving and departing, from 5.30 in the morning, so dozens of good people missed out on well-earned sleep,” he said.

“Some of us have missed days of sleep, but as Sunrise were going to help get the word out about the good work of the rescue groups, and in the hope that we would raise money for them, we all went out of our way.

“Now we have hours of work to get all the feed back under cover, and the rescuers have wasted time better spent doing what they do best.”

The New Daily approached Sunrise for comment, but at the time of publication had not received a reply.

The program has not offered a public apology for the mix-up, and Mr Aldridge told The New Daily that in fact Channel Seven had contacted him privately asking that he apologise for airing his grievances on Facebook.

Not that I watch it a lot anyway but I’ll never be watching @sunriseon7 again, showed how poor they are in tough times #SAFires #careless

@sunriseon7 Sunrise how can you do this to Mark Aldridge, the rescuers, victims and volunteers…this is truly disgusting. — Daniel Leonard (@xlhguy) January 5, 2015

According to Mr Aldridge, Channel Seven executives claimed they had been unable to get through to his mobile the preceding afternoon, and so decided to scrap the story.

Mr Aldridge conceded that he was out of mobile phone range for parts of the day as he was delivering supplies to bushfire-affected areas, but argued that the explanation simply wasn’t good enough.

“They said they sent a message, but I’ve gone through my phone dozens of times and haven’t found it,” he said.

It is the second social media firestorm to hit Sunrise related to the bushfires, with critics already having slammed the program for what they considered lacklustre coverage of the crisis.

Although Weekend Sunrise provided a full news report on the issue, the efforts of the weekday version of the show have underwhelmed Adelaide viewers, who lashed Sunrise on the program’s Facebook page for barely mentioning the South Australian bushfires for two days, only referring to what was described as a “small grass fire” before focusing in on blazes across the border in Victoria.

SA-based Adam Blom was one of the many critics who descended on the Sunrise Facebook page.

“Why was this not considered news worthy?” he posted.

“If this was a Melb or Sydney fire you would have been there in a flash & spent entire broadcast from ‘ground zero’.”

The bushfire, which started in Sampson Flat on Friday, has so far injured at least 134 people, with South Australian Premier Jay Weatherill telling reporters that the first sweep of the 12,500 hectare fire ground has revealed 167 destroyed or badly damaged buildings.

Mr Weatherill said the department of primary industries and the RSPCA are scouring properties for affected animals.

To date they have found 40 dead sheep and 14 dead cattle, and have had to euthanize a further 51 sheep and seven cattle.

More than 375 firefighters from South Australia, Victoria and New South Wales are working on securing the 222-kilometre perimeter of the bushfire, with 900 people having registered as a volunteer to help in the fire relief effort.

Featuring popular South Australian personality and Port Adelaide Football Club president David Koch, Sunrise has traditionally rated well in Adelaide, however hundreds of SA-based viewers have pledged on social media to stop watching the program because of its bushfire coverage.

Mr Aldridge and his fellow volunteers – who have so far delivered six tonnes of food, several hundred bales of hay and plenty of medical supplies to people and animals affected by the bushfire – feel much the same way.

“In the world of mobile phones, they could have let us know last night, I will never watch that show ever again,” he said.

Donations can be made to the Sampson Flat bushfire appeal here https://www.sa.gov.au/topics/emergencies-and-safety/south-australian-bushfire-recovery/emergency-relief-fund