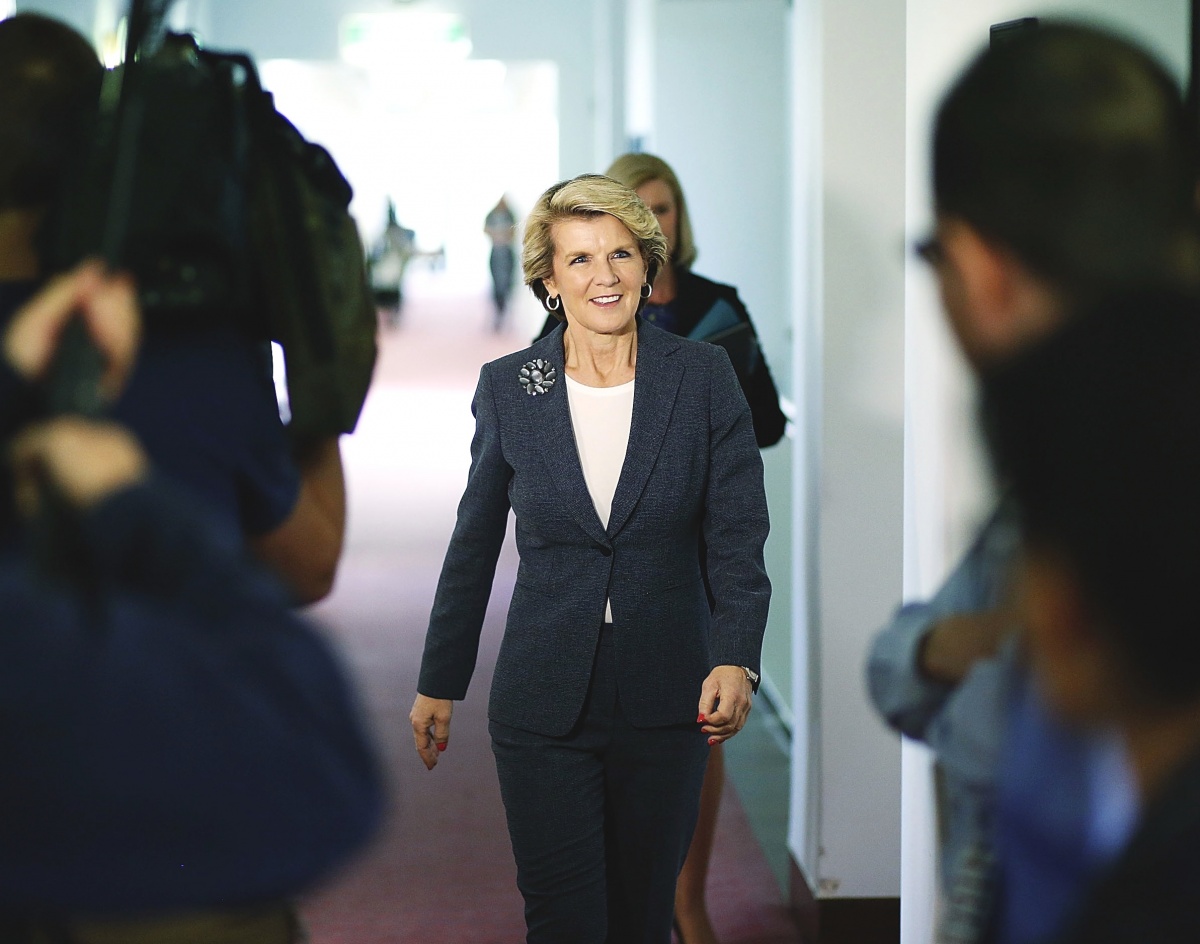 Have we underestimated Julie Bishop – she of the patented death-stare, variable joke-telling skills and perpetual deputy leadership status?

While political pundits have been closely monitoring the performance of Prime Minister Abbott, Treasurer Hockey, and other future leadership contenders such as Turnbull and Morrison, the Foreign Affairs Minister has remained mostly below the radar.

But her confident and accomplished performance this past fortnight in response to the MH17 tragedy has brought Australia’s only female Cabinet minister firmly back onto the list of “Coalition politicians who must be watched”.

According to reports, Bishop has worked tirelessly with Australian diplomatic officials and their international counterparts to formulate and then secure the passage of a UN Security Council resolution on the ‘downing’ of the civilian passenger jet, and the need for investigators to have ‘unfettered access’ to the crash site.

Even the Dutch foreign minister specifically thanked her for making the resolution possible.

Bishop has not yet taken a wrong step in response to the atrocity, compared to Abbott who has ham-fistedly over-reached by dubbing the retrieval of the dead ‘Operation Bring Them Home’ and prematurely declaring that armed Australian personnel would be deployed to the site to take part in the investigation.

That’s not to say the Foreign Minister’s track record is completely unblemished. While she’s done a sterling job repairing relations with Indonesia after the phone tapping revelations, and soothing the concerns of Islamic countries over the appropriate term to be used for East Jerusalem, a reported comment about China was considerably less astute.

Bishop has nevertheless grown considerably as a politician since she relinquished the shadow treasurer’s role in 2009 after only five months due to perceptions of poor performance. At that time she took on the foreign affairs portfolio, and it would seem spent the time from then onwards learning the arcane mores of the diplomatic world.

During her time as shadow foreign affairs spokesman, Bishop proved to be an effective foil to the self-styled diplomatic maestro Kevin Rudd.

And it’s undoubtedly ironic, if not simply hypocritical, for Bishop to have established her diplomatic credentials by virtue of the seat on the UN Security Council that Rudd worked so hard to attain. At the time, Bishop criticised the campaign to win the temporary seat for Australia as being overly expensive and not compellingly in the national interest.

Now Bishop has studiously used our Security Council position to successfully establish Australia as a trusted international facilitator, in a way that Rudd could only have dreamed of.

Much is made of Bishop being the only woman in Tony Abbott’s Cabinet, but this criticism diminishes her achievements as a female politician.

Bishop is the first female Deputy Leader of the Liberal Party and Australia’s first female Foreign Affairs Minister despite the international precedent set by the appointment of women such as Madeleine Albright, Condoleezza Rice, and Hilary Clinton to the equivalent role in the US.

Why have we underestimated her until now? If the reason is simply based on competency, then it is time to re-visit that assessment.

However Bishop has been subjected, to an extent, to similar gender-based prejudices as those leveled at Julia Gillard when she became Australia’s first female prime minister.

Characteristics that would have been judged as strengths in a man are twisted into negatives when embodied by their female counterparts: strength is seen as stubbornness, strong oratory is depicted as shrillness, and empathy is dismissed as being overly emotional.

And then there’s the tendency to question whether female appointments to ministerial roles are up to the job, often but not always in light of their family commitments. Bishop has not been subjected to this particular indignity thanks to being, like Gillard, unmarried and childless.

Scanning the denigration of Bishop on social media and taking into account the inherently sexist nature of politics in Australia, it’s difficult to avoid the conclusion that the Foreign Minister has been dismissed until now as a lightweight at least partially because she’s a woman.

Former Howard Government Minister Peter Reith wrote this week that Bishop’s impressive handling of the MH17 diplomatic negotiations established her as a contender for the Liberal leadership some time in the future.

Considering what happened to the last female leader of a major party in Australia – much of it served up by the Coalition – this is perhaps not the commendation that Reith intended.

Nevertheless, Bishop’s assured competency on the world stage these past weeks, at a time when her Coalition colleagues are struggling at home with an intransigent Senate, has placed her squarely into public leadership contention. Even so, it’s likely hell will freeze over before the Coalition installs a woman into the top job.