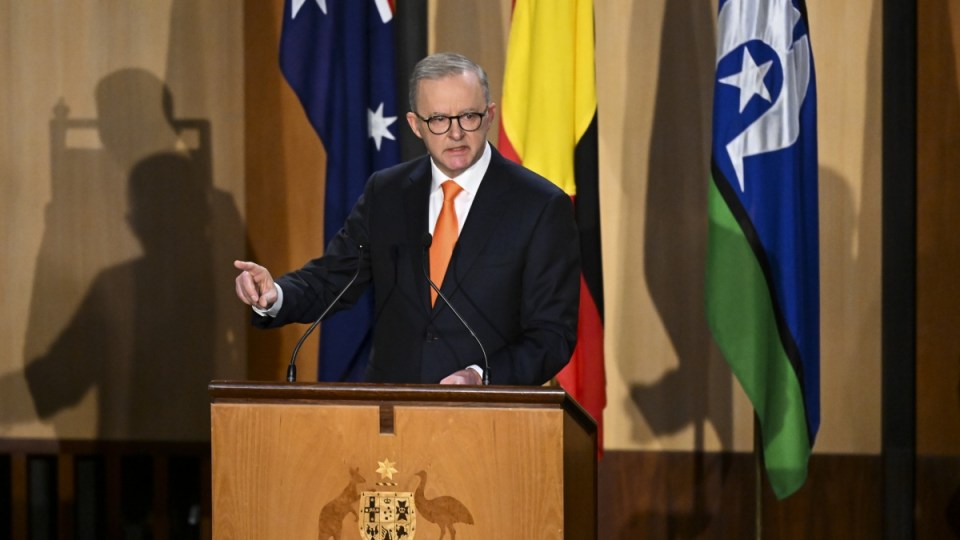 Australia will continue to work with its allies to promote stability in the region, following rising tensions between Beijing and Washington, Prime Minister Anthony Albanese says.

It comes after US House Speaker Nancy Pelosi landed in Taiwan, despite China saying the visit would be a threat to peace and stability in the Taiwan Strait.

Mr Albanese said Australia’s position on Taiwan and China had not changed.

“We don’t want to see any unilateral change to the status quo,” he told reporters in Canberra.

“We’ll continue to work with partners to promote peace and stability across the Taiwan Strait.”

Ms Pelosi is the highest-level US official to visit Taiwan in 25 years, but the trip has led to the Chinese military being put on high alert.

China considers Taiwan part of its territory and has never renounced using force to bring it under its control.

Chinese warplanes buzzed the line dividing the Taiwan Strait before Ms Pelosi’s arrival in Taipei and Chinese state media said the People’s Liberation Army would hold exercises near Taiwan from Thursday to Sunday.

The US has warned China against using Ms Pelosi’s visit as a pretext for military action against Taiwan.

However, Mr Albanese would not be drawn on whether he backed Ms Pelosi’s support for democracy in Taiwan.

“The level of US engagement with our Taiwanese counterparts is a matter for them,” he said.

Foreign Minister Penny Wong, who has also called for calm, said the situation was “very concerning”, particularly for those living in Taiwan.

The foreign minister reiterated Australia’s support for a One China policy, under which Taiwan is not recognised as a country and the government in Beijing is considered the only Chinese government.

“Australia has a bipartisan One China policy … discouraging unilateral changes to the status quo,” she told ABC Radio on Wednesday.

Ms Pelosi, who is second in the line to the US presidency after Vice President Kamala Harris, is a longtime China critic.

Taiwan’s President Tsai Ing-wen was due to meet with Ms Pelosi on Wednesday ahead of the pair having lunch together.

China views visits by US officials to Taiwan as encouraging the island’s pro-independence stance.

No change in status quo on China: Albanese