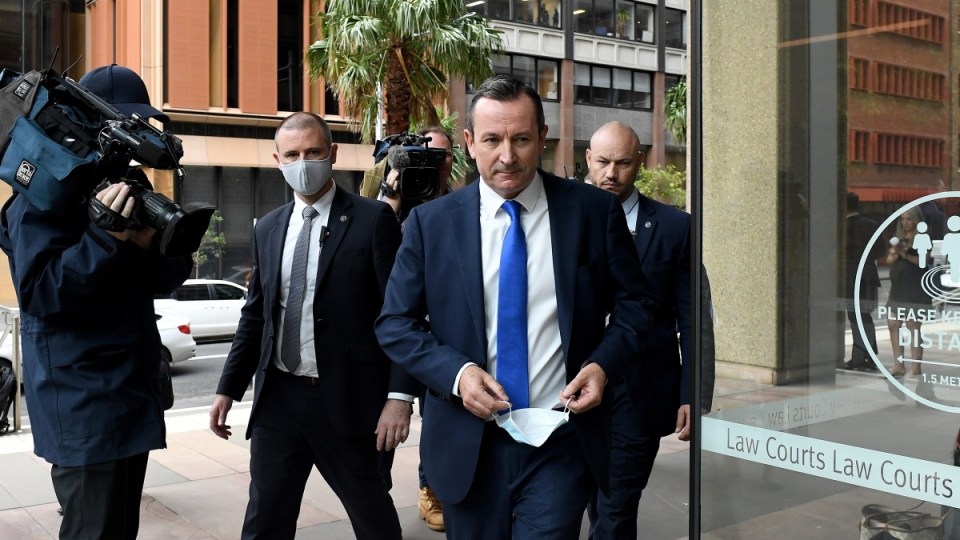 A Federal Court judge is set to deliver his long-awaited verdict in the defamation trial between Clive Palmer and West Australian Premier Mark McGowan.

Justice Michael Lee will hand down his judgment in Melbourne on Tuesday, more than three months after reserving his decision.

Mr Palmer in 2020 sued the WA premier, claiming “vicious” public comments – including labelling the mining billionaire an enemy of the state – had damaged his reputation.

The Queensland businessman is seeking aggravated damages which would allow for a payout above the $432,500 cap.

He has accused the Labor premier of being consumed by malice and seeking to “blacken his name at every opportunity”.

Mr McGowan, who is counter-suing Mr Palmer for defamation, has made his own appeal for aggravated damages.

The premier is claiming qualified privilege as a defence. It requires proof there was a legal, social or moral duty for him to say those things.

Mr Palmer is defending various comments he made on the basis of qualified privilege, and substantial and contextual truth.

At the trial’s conclusion in April, Justice Lee said it was possible neither side would be able to make out any defences.

He flagged each man could receive a nominal damages sum, describing them as political combatants with entrenched reputations.

“There are people who love them, people who hate them,” Justice Lee said.

“The publications themselves are, it seems to me, highly unlikely to change very settled views about these men.”

The defamation bid is one of several legal challenges Mr Palmer has pursued against the WA premier, including a failed bid in the High Court to have the state’s coronavirus-related hard border closure deemed unconstitutional.

It emerged in 2020 that Mr Palmer was seeking up to $30 billion in damages over a 2012 decision by the former Liberal state government not to assess his proposed Balmoral South iron ore project.

The McGowan government subsequently rushed through extraordinary legislation to prevent Mr Palmer from suing the state.

In his evidence, Mr Palmer said he was scared because provisions in the legislation protected the government from criminal prosecution.

Any suggestion Mr Palmer had a genuine fear for his physical safety was “inherently incredible”, Mr McGowan’s lawyers said.

In private text messages made public during the trial, Mr McGowan described Mr Palmer as “the worst Australian who’s not in jail”.