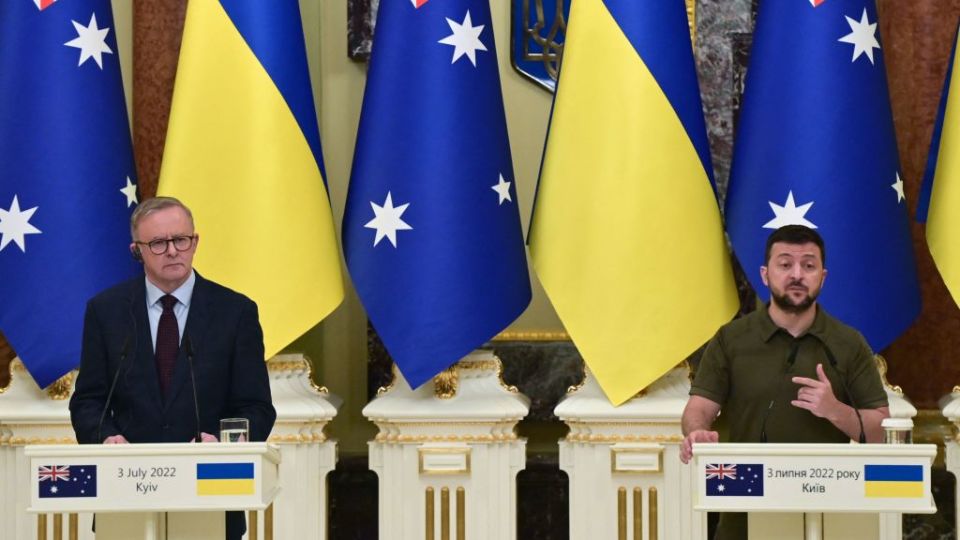 Ukrainian president Volodymyr Zelensky will address students via videolink next week to share his experiences as a world leader during war.

Vice-chancellor Brian Schmidt says the university stands in solidarity with Ukraine as the president continues to “inspire the world” with his leadership.

“Russia’s invasion of Ukraine threatens the peace, liberty and democracy on which freedom of inquiry and academic collaboration is based,” he said.

The event will officially be opened by ANU chancellor and former foreign minister Julie Bishop.

“The rest of the world looks on with admiration for what the Ukrainian people and Ukrainian leadership has been able to achieve,” he told Sky News.

“We should have confidence they will be able to continue to withstand Russia’s advances and we should be willing to continue to back them with all of our support.”

Senator Birmingham also called on the Albanese government to ensure Australia remains at the forefront of supplying aid to the embattled nation as it currently sits as the largest non-NATO supporter of Ukraine.

“The actions of (Russian president) Vladimir Putin are reprehensible. They deserve the strongest condemnation,” he said.

“I would urge other countries such as China to do more to get him to cease and desist from this war on Ukraine.”