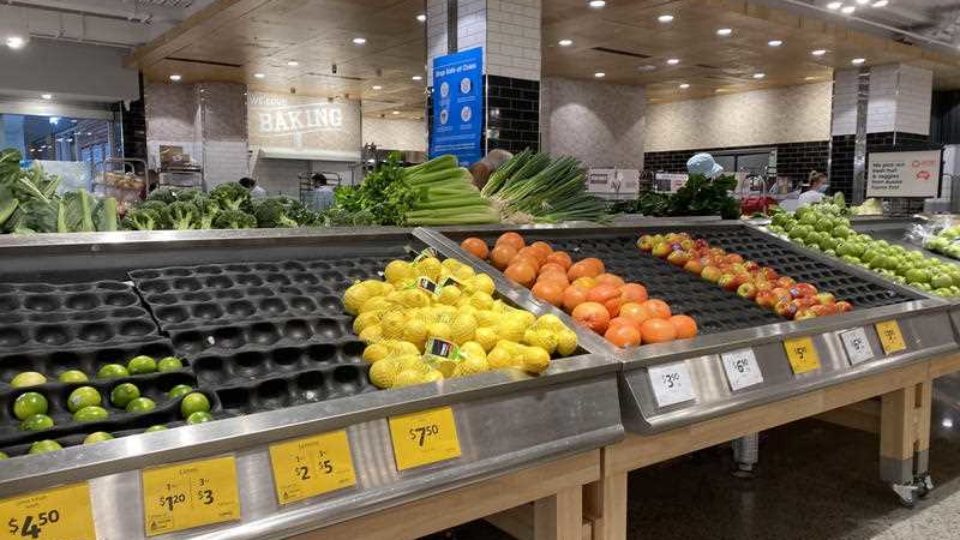 As inflation rises in Australia, households are being warned food and grocery costs will continue to soar in the months ahead.

Food costs rose by two per cent in the June quarter and 5.9 per cent over the year, adding to the overall annual inflation rate of 6.1 per cent reported by the Australian Bureau of Statistics on Wednesday.

The main drivers in the quarter included rising fruit and vegetable prices, after heavy rains and flooding in NSW and Queensland disrupted supplies.

The most talked-about price rise during the quarter was the cost of an iceberg lettuce, which hit $10 – well above the usual price of about $3.

“The war in Ukraine and COVID-19 are hitting global supply chains and driving up commodity, energy and freight prices, while at home the impacts of weather disasters are still flowing through the sector,” she told AAP.

“Businesses that make the everyday essentials Australians rely on are facing cost pressures not seen in more than a decade.

“Unfortunately, the reality is that these pressures will persist for some time.”

There are limits to what governments can do to ease inflation pressures.

Treasurer Jim Chalmers said the government is looking at how it can address supply-chain constraints, energy costs and skills and labour shortages.

But the federal government has all but ruled out extending a temporary cut to the fuel excise, which has lowered prices at the petrol pump, past September.

“We can’t do everything that we would like to do, and so our focus on providing cost-of-living relief is in areas like medicine, like childcare, like getting wages moving again so that people can keep up with these skyrocketing costs of living and manage them at the household level,” he said on Thursday.

On the demand side, the Reserve Bank of Australia is trying to push down inflation to between two and three per cent by raising interest rates.

But this hurts variable-rate mortgage holders and could dampen consumer demand and confidence.

“Any measures must not have the unwanted effect of further slowing the economy,” Ms Barden warned.

As the cost of living rises, Ms Barden is urging the federal government to focus on supporting people with low incomes and those most vulnerable to rising costs.

She said it was hard for vulnerable shoppers to avoid higher food prices because their incomes were often fixed, giving them less budget flexibility.

But consumers can save by shifting to lower-cost brands for the same goods, such as tinned tomatoes, and shopping across more than one supermarket.

Consumers are also being advised to consider frozen goods, particularly vegetables, which will, for now, remain cheaper per kilogram than fresh produce.

Many food and grocery manufacturers donate products to organisations such as  Food Bank, which distributes to charities supporting vulnerable people.

Ms Barden said that, given the current circumstances, governments should support such organisations and make sure they are well funded.