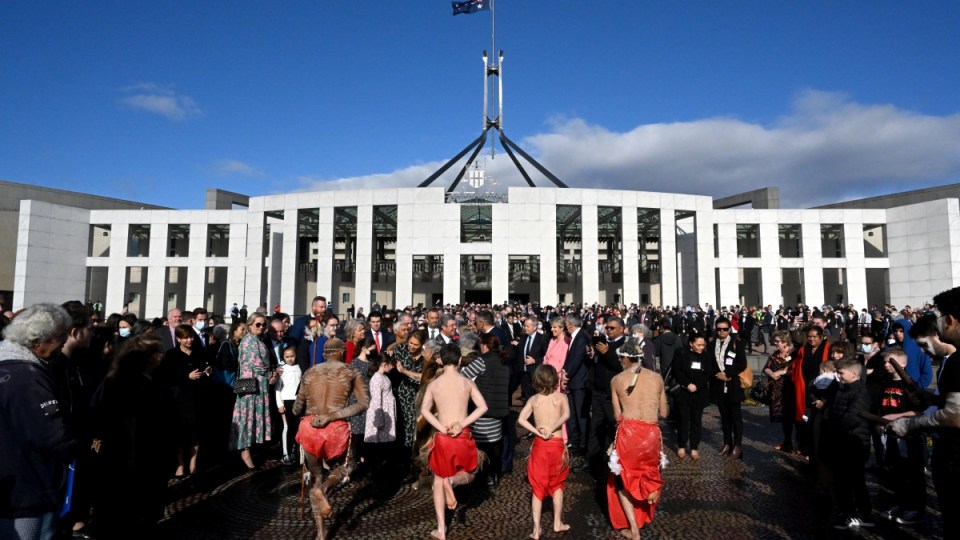 Buoyed by Anthony Albanese's endorsement of a Voice to parliament, Indigenous activists are planning their next moves Photo: AAP Photo: AAP

Prime Minister Anthony Albanese is urging parliamentary colleagues to seize the opportunity of enshrining an Indigenous Voice in the constitution by supporting a referendum.

At a welcome to country ceremony to mark the opening of the 47th parliament on Tuesday, Mr Albanese used his first remarks to restate his government’s commitment to implement the Uluru Statement in full.

“What the Uluru Statement from the Heart represents is an opportunity that must be seized because if it isn’t seized, it will be lost and we will be diminished,” he said.

“We have to seize that opportunity and we need to seize it in this term.”

Implementing the Uluru Statement was “good manners”, the prime minister said, and would mean Indigenous people could advise parliament on issues that affect their lives.

The 47th parliament should be infused with humility and hope, Mr Albanese said.

He reminded MPs they were not going to be sitting in parliament forever.

“Don’t miss a chance because you’re not here for that long … and when you sit on the porch, thinking about what you did, you can either have a source of pride or a source of regret,” he said.

“Make it a source of pride.”

While Opposition Leader Peter Dutton did not mention the referendum or Voice in his remarks, he said the next term of parliament would be important for Indigenous Australians.

He pledged to work to improve the lives of Indigenous Australians by lifting standards of living, addressing domestic violence and crime rates, reducing mortality rates and improving educational opportunities.

“Together colleagues, let this 47th parliament of Australia bring us together to implement practical changes which will improve the lives of Indigenous Australians,” he said.