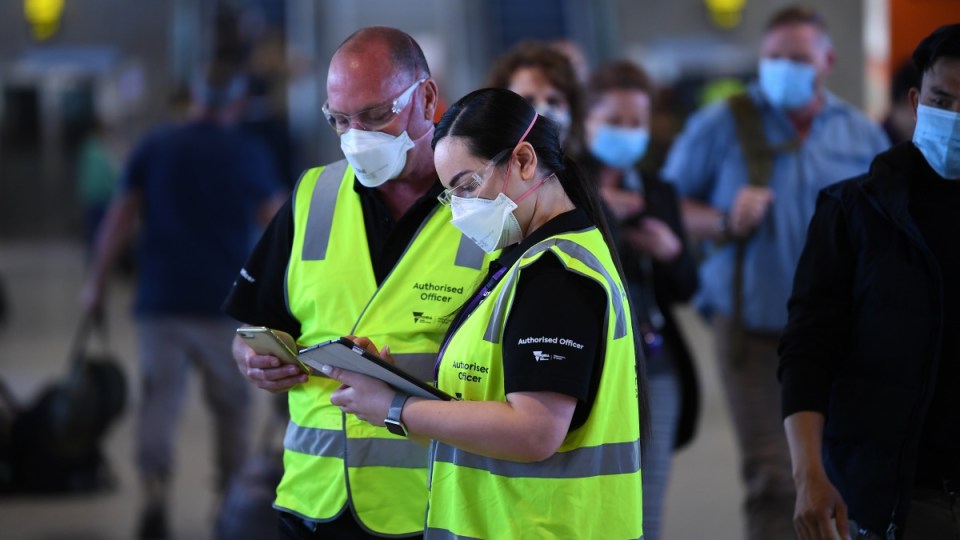 Biosecurity officers will step up the number of inquiries of passengers in airport baggage halls. Photo: AAP

Screening at airports will be further stepped up to try to stop the spread of foot and mouth disease into Australia, Agriculture Minister Murray Watt says.

Senator Watt announced the never-before-used strengthened biosecurity measures from Brisbane, saying he had directed his department to investigate other control options.

Response zones could be established at airports as soon as Friday, where travellers would be directed by biosecurity officers to comply with measures, including removing their shoes or walking over sanitation mats.

It will be the first time the powers under the Biosecurity Act have been used in Australia, Senator Watt said.

“I’ve directed my department to step up its visibility at the border and step up the number of inquiries of passengers, particularly in baggage halls, and that should be starting to occur right now,” he said.

“Our agriculture industry is at stake and it’s vital that we continue to work together to ensure Australia is foot and mouth disease free.

“That shows you exactly how seriously we are taking this risk.”

The latest steps follow the discovery of viral fragments of foot and mouth disease in pork products being sold in the Melbourne CBD, and in an undeclared beef product found on a traveller arriving at Adelaide airport.

But Australia remains free of the disease, as the live virus hasn’t been detected.

Senator Watt again rejected calls from the opposition to ban flights from Indonesia.

“I think we have been bold, we are taking steps that have never been taken before,” he said.

“I have consistently said that we will continue adding measures as required. We will continue to fix the cracks in the wall, the biosecurity wall that was left by the previous government.”

“When it comes to the budget, we will do what we need to do to protect the industry and protect Australians,” he said.

Senator Watt urged people to remain calm, and said “scaremongering” and “fanning the flames” did not support the “strong international reputation” of the nation’s $80 billion agriculture industry.

Unprecedented measures to stave off foot and mouth spread