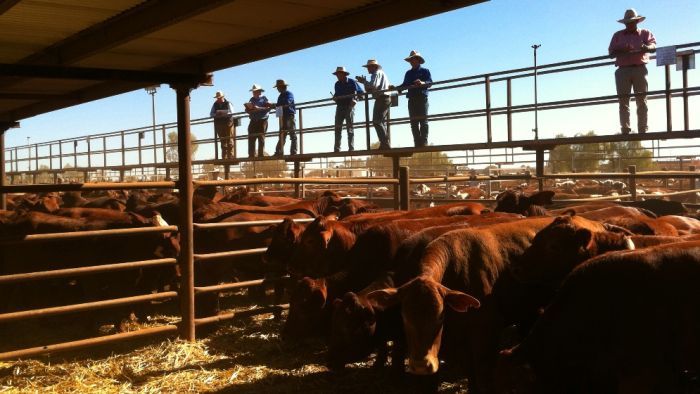 Australia will not slam shut its border to arrivals from Indonesia amid an outbreak of foot and mouth disease, Agriculture Minister Murray Watt says.

Opposition MPs Barnaby Joyce and Karen Andrews have called on the government to close the border to its northern neighbour.

But the proposed measure has been decried as “drastic” by farming bodies.

Senator Watt slammed the coalition for “playing politics” with the industry, and said a border closure or banned flights were options the current opposition never implemented while in government.

“We’ve acted as quickly as we possibly can,” he told Sky News.

“As soon as this outbreak got to Bali, I directed my department to start working urgently.”

Senator Watt said there was a “well-established plan” to deal with an outbreak in Australia, but he was confident the disease could be kept out.

“We have some of the world’s best biosecurity systems,” he said.

“We have no plans to close the borders either in Indonesia or to any of the other many countries that have foot and mouth disease.”

While the nation remains free of the livestock disease, it has been detected in tourist hotspot Bali.

Ms Andrews said the government must do whatever it takes to guarantee foot and mouth does not enter the nation.

“Labor needs to be doing much more than it already is to prevent that disease coming into Australia,” she told Sky News on Thursday.

“We rely on this bilateral trade between the two countries. I don’t know how you would justify doing that to Indonesia when foot and mouth is endemic in other countries,” she said.

“There would be an economic impact and we want to ensure we keep trade open.

“It’s vital Australians understand what’s at stake, and the need to be hyper-vigilant about what food products they bring back.”

Senator Watt on Wednesday announced further biosecurity measures after viral fragments of foot and mouth disease and African swine fever were detected in pork products at a Melbourne retailer.

An undeclared beef product was also recently seized from a traveller at an Australian airport and later tested positive for disease fragments.

Senator Watt is urging travellers to take responsibility, clean their shoes and declare all meat products when arriving in Australia.

As an extra precaution, travellers from Indonesia should throw their shoes away before boarding a plane, Mr Joyce said.

“You might say that’s outrageous,” he told Melbourne radio 3AW.

“I tell you, what will be outrageous is when you go to pay for your shopping bill and instead of the big shop being $300 or $400, its six, seven or eight hundred dollars.”

An immediate three-day standstill on livestock movements would be implemented if the disease were to reach Australia, Senator Watt said.

A compensation scheme for farmers would also be put in place.

Sanitation mats are being deployed at international airports for travellers from Indonesia to walk over in an effort to stop the disease entering Australia on their shoes.

Meanwhile, the development of a national, mandatory sheep and goat electronic identification system was agreed to by state and territory agriculture ministers at a meeting on Wednesday.

It would allow livestock to be individually traced in the event of an outbreak.

While some jurisdictions had initially resisted the idea, Senator Watt said he was pleased to be able to reach an agreement.

How the tagging system will be funded and rolled out still needs to be decided, the minister said.